“Junior.”
Jim Buie calls me Junior.
A comedy agent never discovered Jim, a cross between Red Foxx and Larry the Cable Guy, but he can be every bit as funny.  And when Jim was working at the newspaper, he’d let his tongue rip, unleashing some Buieisms, followed by a string of nonsensical yute-now, yute nows.
If Jim was riled, he’d say, “Junior, I am sick-up and fed.  I think I am going to have to go outside and vommick.”  This campaign season, I’m just about “sick-up and fed,” too.  Larry Walker says, “There’s a game rougher than football.  It’s called politics.” Tell it like it is, Larry. 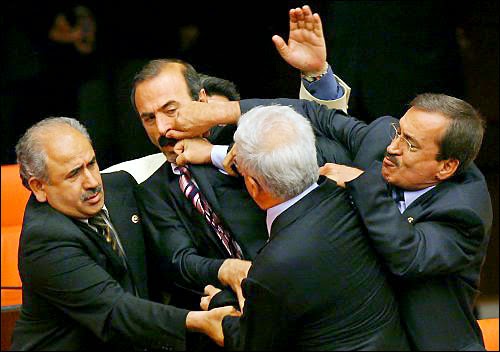 And I can’t wait until the last ballot is cast this November.  Aren’t you getting tired of the snarky attempts candidates use to woo your support?  Rather than tell what they can do to make things better, they opt for backbiting and mudslinging.  With every election, we seem to be sliding farther and farther down that muddy slope.
We’ll get back to that in a minute.
There are times I think the Internet is heaven-sent.  Other days, the abuse of that technology makes me think its roots are wrapped around the devil’s pitchfork.  I’m an open-access kind of person.  My calls are never screened.  I take them all.  Someone writes, and I write them back.  In our business, I don’t want to be accused of hiding behind anything.  So, I do nothing to close the floodgate, allowing a tsunami of daily e-mails.
These days, I can expect to be peppered by Democrats and Republicans from as far away as Illinois.  Yes, Illinois.  And they are incessantly rattling their tin cups, begging for money.  Many of their messages are the same.  They plead, urgently, for me to send money so they can launch their next TV ad.  The boy who infamously cried, “Wolf!” would be embarrassed by most of these ploys.


That’s why I chuckle, as I tap the delete key.  They don’t know that I have zero interest in watching TV.  I have even less interest in hearing the blah-blah-blah-what-a-bad person the other candidate is.  It’s not original with me, but I’d like to see an election in which all candidates sign a pledge to eliminate negative campaign tactics.
I know, I know.
Experts tell running-behind candidates if they want to move the needle of the polls, they must aggressively bludgeon their opponents.  Those pricey consultants might be right.  But if they are, shame on us for letting those mud baths influence our ballot-box decisions.
To my knowledge, corporate icon Lee Iacocca has never been a candidate.  Still, he won my vote.  I applaud his 1980s strategy to put the upside-down Chrysler Corporation back on its wheels and rolling.  Laser-like, he focused on the most crucial pressure points to rescue the troubled company.  He said if your objective is to drain the swamp, and you are up to your hips in alligators, do this:  Write down the 10 things you absolutely must do, and everything else has to wait.
Elected-leader wannabes, take a good look.  America’s swamp is rising.  We could drown.  And we’ll be lucky if the “alligators” don’t eat us.  So, why are we acting like brats on a schoolyard playground?  General George Marshall defined a leader as someone who exerts an influence that makes you want to do better than you thought you could.
All this negative, strewn-garbage campaigning doesn’t make “Junior” want to follow these folks anywhere, except outside—as Jim Buie says—to vommick.