Split-seconds remind us of how fragile life is


​Chills still cascade down my spine as I flash back to the state trooper’s spraying orange fluorescent paint on the black asphalt, striped with a double-yellow line in the middle.  The officer, wearing the Smoky Bear hat, repeated, “Mr. NeSmith, there was nothing you could have done.  The accident was unavoidable.”
​Nonetheless, on that curvy, rural road, I pondered the impact of “timing is everything.” Thirty minutes earlier, I had been on a leisurely ride to the farm.  My radio and cell phone had been silent.  I was trying to give the coal-ash upheaval a rest until Saturday’s sunrise.
​And then—bam! 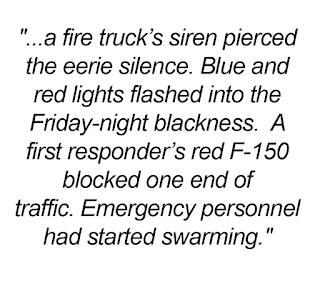 ​Stabbing the brake, I swerved to the shoulder and punched the emergency-flasher button.  Dialing Madison County’s 911, I shouldered the door open to a buckling sound.  As I was giving the operator my location, a startled young man appeared.
​Trailing behind me, he had caught a glimpse of what happened in the curve near the crest of the hill.  He had jerked his SUV into the ditch, careening into a hayfield.  “What was it?” I asked.  In a shaken voice, he said, “A motorcycle.”  Motorcycle. I never saw it. That meant someone was hurt or worse.  Other cars were pulling over.
​With his tiny flashlight, the eyewitness and I started our frantic search.  We found the motorcycle, but where was its rider?  A woman shouted, “Here he is!” In her pastel medical scrubs, she was kneeling beside the young man in the ditch.  “Is he breathing?” I asked.  She didn’t answer.  But after moving her fingers from his neck to his wrist, she never looked up.  Instead, she shook her head.
​Oh, no!
I dialed 911 again.  The dispatcher promised, “We are on our way.”  Sure enough, a fire truck’s siren pierced the eerie silence. Blue and red lights flashed in the Friday-night blackness.  A first responder’s red F-150 blocked one end of traffic. Emergency personnel had startedswarming.  A deputy said a state patrolman was on the way to investigate.
​While we waited, Robert, who had been behind me, said, “The motorcycle … it was flying … must have been passing a car in the curve, on the top of the hill.  And the car just drove on past us.”  I never saw that either. I had been too focused on getting my truck off the road.
​  While the trooper interviewed Robert, I couldn’t take my eyes off the motionless rider. Shuddering, I thought, “That’s someone’s son, brother or husband.”  Why, why, why?  Just a split-second of altered timing meant the difference in life or death.
​After getting my statements, the trooper pointed to the marked spots and where the impact occurred. “See your tire marks.  You were on your side of the road,” he said. “See, the motorcycle was over the line.”  But why hadn’t I seen its headlight?  He explained that when themotorcycle topped the hill, the rider must have tried to cut back to the right side of the road, and the headlight wasn’t facing me.  The officer reassured me, “It was not your fault.”
​Today is Wednesday.  I can’t stop grieving for the young man and his family.  And I can’t turn loose of the “what-ifs” that continue my chills.  What if we had been three seconds different in our travels?  What if the rider had catapulted through my windshield?  What if it had been a four-vehicle crash?
​Eventually, the orange marks on the asphalt will wear off.
But will my anguish for what happened ever be erased?
I doubt I can live that long. 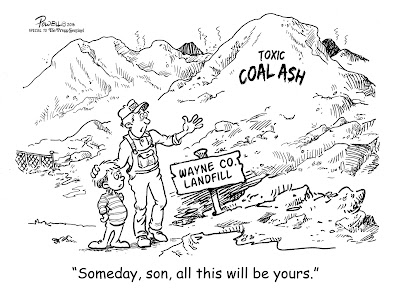