New toxic coal-ash rules are better but not good enough

As this edition of The Press-Sentinel went to press yesterday, I was in Atlanta making comments—again—concerning proposed rules for coal-ash disposal.  Today, the Department of Natural Resources (DNR) board of directors voted on the Environmental Protection Division’s (EPD) recommendations.   The chances of DNR’s delaying action for more study were about as likely as my trying to move Stone Mountain to Macon in a wheelbarrow.  The die was cast long before this week’s meeting.  Score one for industrial lobbyists and political pressure.
Should we be surprised?
Disappointed, but not surprised.
Big money doesn’t just talk in Atlanta and Washington.  Mega dollars shout—behind closed doors—to get what they want.  Decision-makers are trained to tune out what they often call “noise” from the general public.  That’s how the Environmental Protection Agency (EPA) foisted the weak toxic coal-ash disposal rules on us.  The EPA succumbed to industrial influence, and we now have an environmental situation my grandmother would call a “mell of a hess.”
Just as water flows downhill, the EPA’s weak laws flowed down to Georgia.  To our own EPD’s credit, the agency has attempted to strengthen the EPA guidelines.  Georgia’s new rules are an improvement but stop short of giving our citizens and our natural resources the best protection.  The EPD would argue, “A half-loaf is better than no loaf at all.”
True, but I see it another way. 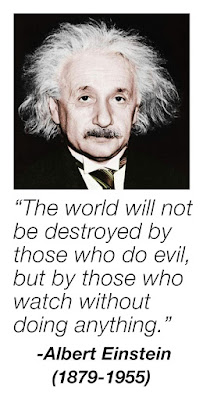 Rather than cast rocks at the EPD or its governing body, the DNR, I say, “This is a good first step.  Call the new rules Phase 1.  Now, let’s focus on Phase 2.”  The next step would be restricting toxic coal ash from municipal solid-waste landfills such as the one Republic Services operates here.  These new-and-improved rules do nothing to protect Wayne County from continued toxic coal-ash dumping.
Again, score one for the lobbyists.
A critical stipulation missing from the just-passed rules is where toxic coal ash can be dumped.  Doesn’t common sense tell us to keep that dangerous stuff away from wetlands, streams and aquifers?  And where is the Broadhurst Environmental Landfill located?
Already, Republic has piled 800,000 tons of toxic coal ash on top of the Floridan Aquifer, adjacent to wetlands and streams.  For the safety of 10 million Georgians and our downstream neighbors in Florida, the EPD should prohibit this from ever happening again.
It doesn’t take a scholar to figure that out.  But if you want a genius to explain why, listen to the late Albert Einstein: “The world will not be destroyed by those who do evil, but by those who watch without doing anything.”

That’s why so many of us will not rest as long as Republic pushes to create what could become the largest toxic coal-ash dump in America.  Where?   You know, Coastal Georgia—the worst possible place.  Einstein would yank out his bushy hair over this ill-conceived logic.
As they say: “If it’s not logical, it’s political.”
That’s why we cannot let the industrial lobbyists decide what is best for us.  The EPD and the DNR have taken a baby step in the right direction.  We applaud that.  Now, let’s insist on a giant step with Phase 2’s strengthening.
And while you are reading this, dozens of dump trucks—every day—are rumbling into Georgia from the Carolinas to dump toxic coal ash in municipal solid-waste landfills such as the one in Banks County.  Our weak laws have invited other states to pollute us with what they don’t want.
Without added protection, Georgia will continue to be plagued with an environmental “mell of a hess.” 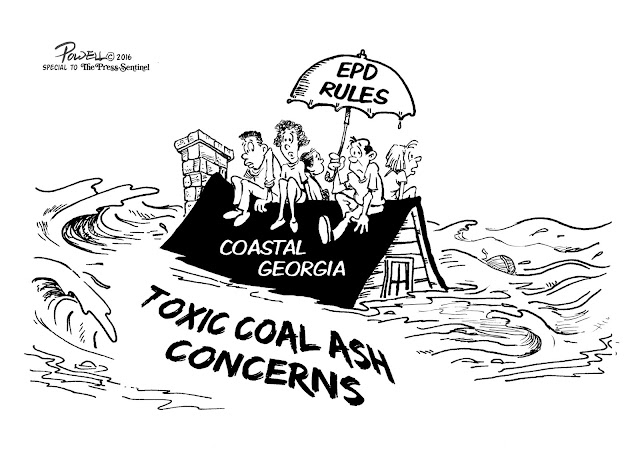