If you let them, the naysayers will drag you into a spooky pit of handwringing despair.  That’s exactly what some thought was Wayne County’s fate in January 2016.  When Republic’s toxic coal-ash plan hit the proverbial fan and blew controversy across Coastal Georgia, a band of handwringers moaned, “There’s nothing we can do.  You are wasting your time to fight it.”
Maybe so.
Maybe not.
By now, you know I’m squarely in the maybe-not camp.  That camp has steadily grown as our modern-day David-and-Goliath battle rages into its 15th month.  Because so many have stood up and spoken out, America’s second-largest waste-management company has yet to haul another load of poisonous coal ash to Broadhurst.  And to Republic’s credit, its leadership is listening.  The corporate folks in Phoenix still want that infamous wetlands-destroying rail spur, but now they know the vast majority of Wayne County isn’t going to wilt under big-money or political-muscle pressure. 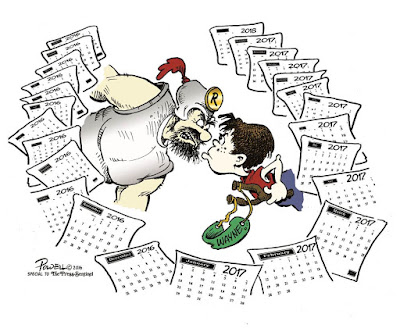 I have never been as concerned for our people, our health and our natural resources.  To balance that, I have never been more proud of our community.  Goliath might have caught us napping, but we’re rattled awake.  Ditto for Georgia and the rest of the nation.  Now, toxic coal ash is a lively topic in Atlanta and Washington.  Corporate lobbyists are doing their best to twist lawmakers’ arms, but the public is twisting back.
We can’t give up, and we won’t.  The nation is watching what’s going on in our backyard.  Just last week, another national journalist visited Wayne County to learn more about our pushback against toxic coal and the world’s richest man, Bill Gates, who is Republic’s major shareholder.
Others are realizing that if this can happen to our small community, the same can surface in Anywhere, U.S.A.  As we toured a Washington, D.C., reporter, she said our story can’t be covered in just one article. It would take several.  And I said, “The more the merrier.  People need to know.” How did this news organization learn about our plight?  An Atlanta friend contacted them and said: “You need to see what’s going on in Wayne County.”
By now, you know how the 39th president of the United States joined our fight.  President Jimmy Carter sent a handwritten appeal to Gates.  The Microsoft co-founder wrote a benign, brief, our-people-are-looking-into-it and I’m-not-involved-in-the-day-to-day-operations response.  I understand how he doesn’t have time to micromanage his investments, but I don’t understand the contradiction to the Gates Foundation’s public-health initiatives.
Two Saturdays ago, President Carter gave Wayne County more thumbs-up support at the Friendly Express on the corner of Highway 82 and Highway 110.  As our older son, Alan, and his wife, Heather, were driving to Jekyll Island, they noticed a gray Chrysler 300 sedan with a black SUV, with a Sumter County tag, trailing behind it.  “Heather,” Alan said, “that’s President and Mrs. Carter.”
When the presidential convoy turned into the convenience store, Alan wheeled in, too.  He wanted to thank President Carter for his support of Wayne County.  But as he moved toward Mr. and Mrs. Carter, Secret Service agents blocked Alan’s path, as they should have.  Undeterred, Alan called out to identify himself.  The president walked over and shook his hand, offering don’t-give-up-the-good-fight encouragement.
Wayne County, we are not alone in our stance for what is right.  Despite the odds, we cannot let the naysaying handwringers drag us into a gloomy pit.  Last year, when I visited with Wendell Berry, noted author and environmental advocate, the Kentuckian sent a note of inspiration.  At the bottom, he wrote: “P.S. Don’t forget: David won.” 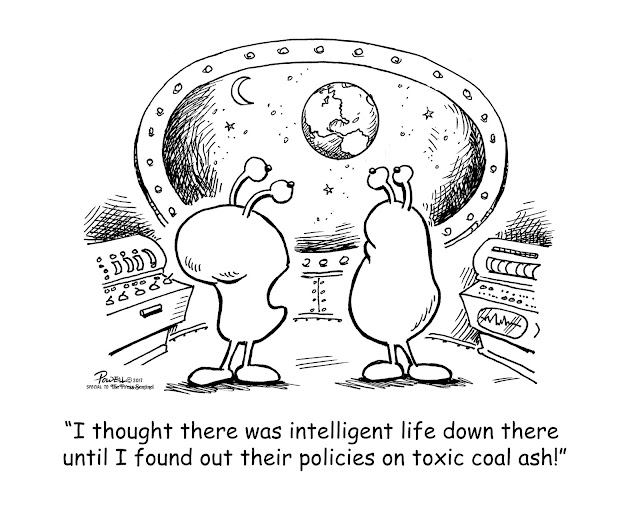