(Note: This column is an excerpt from an upcoming book, The Last Man to Let You Down, My Daddy the Undertaker.)
“Frugal” was the best word to describe the early days of NeSmith Funeral Home. With a brand-new business, debt, a family of five to feed and a $50 weekly paycheck, there wasn’t much money left for advertising. Big Dink had to ride on his reputation and build goodwill on a shoestring budget.
When he wasn’t driving his blue-and-white Ford station-wagon ambulance, embalming or directing a funeral, he was out shaking hands. “It’s your friends who feed you,” he told me. “So try to have as many friends as you can.” And thanks to Mother’s savvy in the kitchen, her husband was a popular fellow–especially during the Christmas season—at the police station, the sheriff’s office and Southern Bell Telephone Company. When Big Dink stopped by those places, he left samples of Mother’s baking. 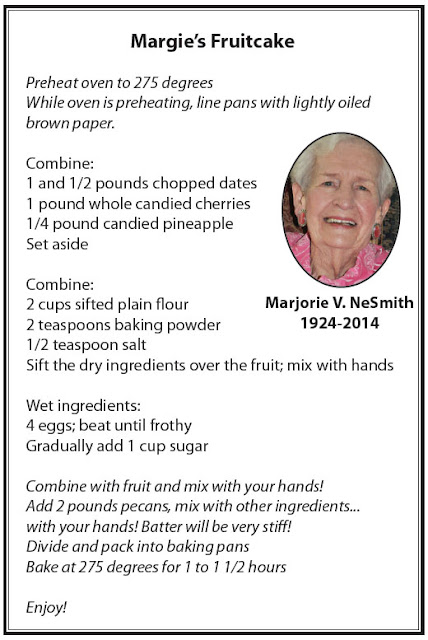 In those days, Wayne County had four funeral homes—three white and one African-American. Tom Johnson, owner of Royal Funeral Home, didn’t have an embalming license at his African-American establishment, so my daddy provided that service for his friend. NeSmith Funeral Home’s competitors were his former employer, Bob Harrison, and Bill Rinehart. Competition among those three was “lively,” if you could say that about their dealing with the dead.
In the mid-1950s, decades before 911 service and cell phones, emergency calls usually went to law-enforcement offices or people dialing “0” for an operator. Sometimes the funeral homes were called directly for an ambulance. That’s why, when someone dialed 427-3721, we were expected to answer the phone on the first ring. Those calls could be a matter of life or death, literally. Even when we moved out of the funeral home to 210 S. Ninth St., Big Dink drove an ambulance home and kept it backed in, ready to go.
By the early 1970s, funeral homes were out of the ambulance business. Trained emergency medical technicians (EMTs) were responding in Wayne County-owned ambulances. But until that transition, funeral homes provided the emergency service. And that’s why Big Dink wanted all the goodwill he could muster with Southern Bell operators and law-enforcement dispatchers. Mother’s cakes were the ticket.
When Stuart pecans started falling in the funeral home’s backyard, we scampered to get them before the squirrels hauled them to their nests. My sisters and I learned to crack and shell the nuts, and Mother started stockpiling for the holiday-baking ritual. She also stacked candied dates, cherries and pineapple on the kitchen counter.
By Thanksgiving, Mother was hand-mixing gooey batches in a giant pottery bowl. With propane from Service Gas, her GE stove went into overdrive. You could smell Christmas in the air from anywhere near 111 W. Orange St.
Fruitcakes get a bad rap. Perhaps you’ve heard the old line: “There’s only one fruitcake in the world. No one ever eats it. It just gets passed from one person to the next.”
Well, that wasn’t the case with Margie’s. The secret—she believed—was less fruit and more nuts. Her fruitcakes were holiday prizes. Folks didn’t give them away. They ate them and begged for seconds. In our circle of family and friends, Big Dink was famous for the thin slices that he carved out of Margie’s cakes. He was teased: “You can read a newspaper through those slices.”
True to his tight-fiscal nature, he was frugal serving us Mother’s fruitcakes, too. If we fussed too much, he’d laugh and show us he could whittle off an even thinner slice.
If you are looking for a tasty holiday fruitcake recipe, here’s my favorite.
Happy Thanksgiving!