(Editor's note: These remarks were made at Wayne County Touchdown Club’s football banquet honoring Len Hauss held on Jan. 14.)
Len Hauss, you have made your hometown proud over and over. And for me to stand here to help the Board of Education and the Wayne County Touchdown Club honor you is, indeed, an honor for me, too. The connections of our families have been intertwined for almost 70 years.
In the 1950s, your mother, Ida, sold insurance for NeSmith Funeral Home. As a teenager, Len, you worked there, too. I remember your mother telling about your playing football in the yard with a bunch of your boyhood friends. One of those boys was Gordon Elliott. Shortly after that sandlot game, Gordon got mysteriously ill. She worried that you, Len, and the other boys might get sick, too. As a Cub Scout, I visited Gordon as he lay dying in his iron lung. We didn’t know much about polio in those days. But I remember the nervous tone of Mrs. Hauss’ voice as she told the story. Somehow, Len, I’ve always felt you played hard not only for yourself but for others, including your friend Gordon Elliott. 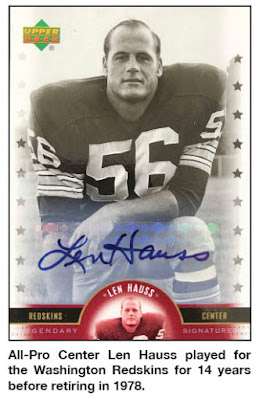 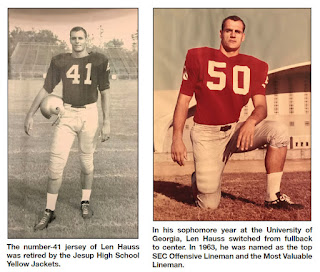 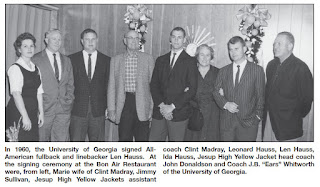 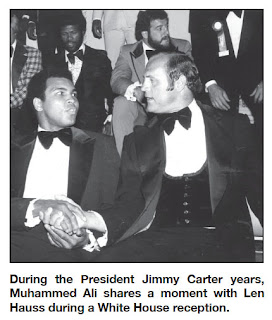 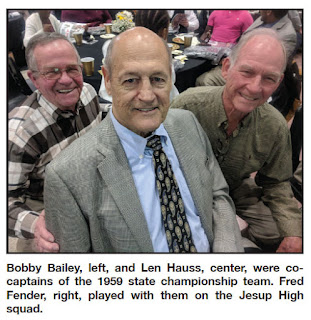 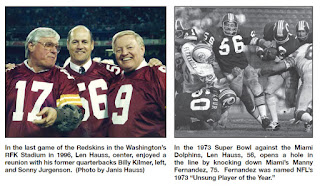