Travis Tritt could be singing about toxic coal ash

Pick a subject, almost any subject. There’s a country song that—as they say in the country—“puts it down where the goats can get at it.” Right now, the Georgia General Assembly is knee-deep in discussions about toxic coal ash.
Travis Tritt, a Marietta-born Nashville star, didn’t have coal ash in mind when he released “Lord Have Mercy on the Working Man.” But listen to it. Read this snippet from the lyrics:
“Now won’t you tell me if you can
’Cause life’s hard to understand
Why’s the rich man busy dancing
While the poor man pays the band
Oh they’re billing me for killing me
Lord have mercy on the working man”
You and I aren’t goats, but this puts the coal-ash controversy down where we “can get at it.” Georgia Power—its executives and shareholders—have profited billions by burning coal, a cheap source, for energy. That would make them the “rich man busy dancing.”
And who would be the “poor man” paying the band?
That’d be us, the customers, also known as ratepayers. While we have probably enjoyed lower light bills thanks to coal, the utility’s bottom line has benefited more. In 2020, it’s time to invoke the FRAM oil-filter slogan: “Pay me now or pay me later.”
Later has arrived. 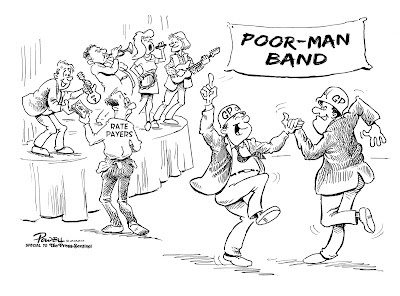 Georgia Power has—reportedly—more than 50 million tons of toxic coal ash. Until recent years, coal ash was a keep-it-swept-under-the-rug subject. With that, consider another line from Travis’ song:
“Them politicians treat me like a mushroom
’Cause they feed me bull and keep me in the blind”
In 2016, when we raised the battle cry over toxic coal-ash pollution, I was assured Georgia Power had “no plans” to put its coal ash in Wayne County. Let’s hope those plans stick, because our soggy, porous portion of the state sits atop two important aquifers and drains into the waters of the Golden Isles.
For four years, I’ve saved two emails from a high-powered Georgia Power executive. When I objected to a proposal to ship in—daily—10,000 tons of coal ash (presumably not from Georgia Power) to be dumped in a private Wayne County landfill, here’s what the million-dollar-a-year company man wrote to me:
“And coal ash (I contend) is safer than other things going into landfills in Georgia ….”
Several minutes later, he added:
“I guess fear and wrong facts do sell papers.”
My dear readers, yes, we do want to sell newspapers. That’s our business. For 49 years, selling papers has been my livelihood. It’s fed our family and educated our children. I cannot imagine any other calling. My passion for community journalism still glows white-hot. Our business is for you to know.             None of us deserves to be treated like a mushroom. You need to be out of “the blind,” because the scientific facts support the fear. Coal ash is poisonous.
This year, Georgia Power’s vise-grip on the General Assembly could be loosened. Measures to strengthen our laws are before the House and Senate. I have been asked, “What should we do with coal ash?
My thoughts are:
§  Georgia Power should acknowledge coal ash is dangerous, “no bull.”
§  The Gold Dome needs to acknowledge the same and govern accordingly.
§   “The rich man”—who has profited most—should accept the cost of solving the problem.
§  Coal ash should not be transported and scattered around the state, and we should roll up the welcome mat that invited other states to dump on Georgia.
§  Coal ash should be stored in lined pits—on company property—away from streams, lakes, wetlands and groundwater.
§  Georgia Power should be the national example of how to manage toxic coal ash.
Georgians need Georgia Power, and the utility needs us. Georgia Power is moving away from coal and to more solar. Hallelujah. It’s better late than never, but why not sooner? Travis sings the answer in his opening line:
“All around I hear the sound of money.”