My love of music was pounded into me. Not with a stick, but by the calloused fingers of my grandmother—pounding keys of her mostly out-of-tune upright piano. Nanny’s repertoire was scant, but she could make her secondhand Baldwin jump.

Any time my mother’s mother plopped down on the bench, I asked her to play “Kaw-Liga.” I’ll never forget the first time that I heard Hank Williams belt out that song on her brown-plastic Philco AM-radio. And today, if I hear Hank wail “I Saw the Light,” I’m back in Nanny’s Baker County asbestos-shingled farmhouse on Highway 91.

Music is a tonic. Tunes and lyrics move your emotions in myriad ways. My musical tastes run up and down the smorgasbord of genres. The soulful genius of Ray Charles is my all-time favorite. “Georgia on My Mind” is my theme song.

Stuck between my ears is an imaginary jukebox, playing my life’s soundtrack—Motown, with a mix that my generation calls “beach music.” The Tams, the Showmen and the Embers are Carolina-shag headliners. 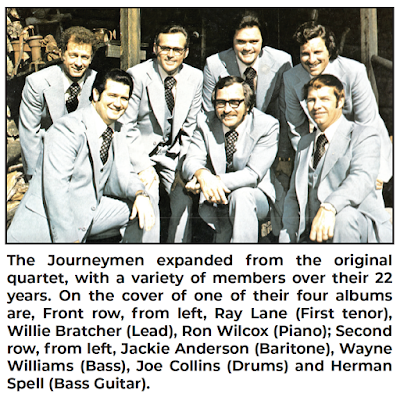 Hank Williams turned me on to country music. I’ve stayed a fan, mostly. But too much of modern country is too “rock” and way too loud. The Statler Brothers and the Oak Ridge Boys—storytellers set to music—are pure gold. Listen to the Statlers’ version of “This Ole House” or the Oaks sing “Elvira.” Their voices range from high notes that knock dust off the chandelier to low, low notes that rattle pot lids in the kitchen cabinet. And the harmonies are as smooth as icing on one of Alda Holland’s 10-layer chocolate cakes.

When Ray Charles was a little boy, he discovered you could “mash” keys on a piano. “All I wanted to do was mash ’em,” he said. And mash ’em he did, all 88 keys. Listening to Nanny play is the reason that I have a special affinity for anyone who can make a piano dance.

I can’t hear Floyd Cramer’s “Last Date” too many times. Ditto for Fats Domino’s “Blueberry Hill.” I will be forever grateful for the night in Tunica, Mississippi, that Jerry Lee Lewis lit up the crowd with “Great Balls of Fire.” The Killer “killed” it for 60 minutes, and I checked that box on my bucket list.

One box that I won’t be checking is to play piano for a Southern gospel quartet. I can plink out a few songs, but even our dogs dive under the couch when I “mash” keys on our ebony upright Yamaha. But not so for Ray Lane and Ron Wilcox, the surviving members of Southeast Georgia’s Journeymen Quartet.

When Ray had his music store, I’d stop by and ask him to play something, anything. His fingers moved in a blur, and the piano would almost walk out to the sidewalk in downtown Jesup. The Rev. Dr. Ron Wilcox lights up the keys, too, with his own brand of “hot licks.”

The piano-playing Baptist preacher grew up in the Southern Gospel Music Era, with a genre lineage going back to his grandfather. The genesis of the Journeymen was Ron’s desire to have a Statesmen or Blackwood Brothers-style quartet—four men and a piano. Over their 22-year run, with four albums, the Journeymen checked that box with indelible ink.

Southern gospel done right—à la the Journeymen—is every bit as good as your grandma’s fried chicken, cathead biscuits and blackberry cobbler. And I loved pulling up a chair to Nanny’s table, as much as her banging out “Kaw-Liga” on that old piano.