Looking around distant corners can be iffy, but we can rely on an old adage: “The past

is a good predictor of the future.”

As expected, 2021’s General Assembly was a game of political hopscotch. Two steps forward and one step back. Or vice versa. And as in the past, stewardship of our natural resources and environment did not leap two steps forward.

Deep-pocketed polluters have more influence on decision-makers. Money talks. Big money screams in the natural resources and environment committees of the House and Senate. Evaluate what happens in both committees, chaired by Rep. Lynn Smith (R-Newnan) and Sen. Tyler Harper (R-Ocilla).

I have always believed our state’s God-given, irreplaceable assets belong to 10 million Georgians and not to a select few. Furthermore, this issue has become politicized by pitting Democrats against Republicans. Don’t the constituents of both parties deserve quality of life supported by clean air and safe water?

Do the right things. Don’t solve one problem by creating another. Year after year, that’s exactly what happens when legislators kowtow to big-money influencers. Profits are vital. As a 50-year businessman who has signed thousands of paychecks, I get that. But the bottom line should never sacrifice people or safety.

This year’s General Assembly is history. Here are three disappointing but predictable outcomes:

Rep. Vance Smith (R-Pine Mountain) authored House Bill 647 to have Georgia Power monitor its unlined toxic coal-ash ponds for 50 years rather than 30. He wanted safety assurance for his grandson’s generation.

His measure flew through the House. But in the Senate, the bill fluttered and fell. Sen. Frank Ginn (R-Danielsville), former committee chair of natural resources and environment, led the beatdown. I am not surprised. After all, he was the hired gun who brought Georgia Renewal Power (GRP) plants into Madison and Franklin counties.

Both communities have benefited from jobs and ad valorem tax boosts. But ask residents about the environmental nightmares they have suffered. Who buys GRP’s output? Georgia Power.

Has Georgia’s dominant utility pressured GRP to clean up its act? Not to my knowledge. And what company flexed its muscles to squash Rep. Debbie Buckner’s (D-Junction City) House Bill 176 to require toxic coal ash to be removed from unlined ponds (some are leaking) and placed into lined impoundments? Georgia Power, of course. 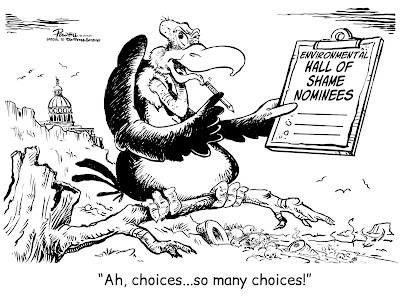 Agriculture is Georgia’s biggest industry. Because we love to eat, we should love our farmers. And I love both. But because of high-powered lobbyists, it’s not that simple. They spin it as if rural residents are against farmers. That’s just wrongheaded.

Sen. Harper’s SB 260 sought to establish a 100-foot setback for dumping sludge—foul-smelling industrial waste—in the name of soil amendments. The argument is that 100 feet is the maximum allowed by law. But 100 feet, really? Why not just pile the putrid mixture on your neighbor’s back porch?

Again, efforts to solve one problem—by looking for a cheap way to get rid of noxious waste—creates another problem. To make matters worse, SB 260 would restrict counties from enacting local ordinances to protect the quality of life of its residents. Unless significant last-minute changes are made to this bill to rein in the “bad actors,” phew!­

Despite 2021’s disappointments, Georgians, we must strengthen our resolve to stand up for the people and places we love. And by examining the past, we can predict legislators will return in 2022. But we can’t wait until January to make our voices heard.

In the meantime, perhaps we should establish the Georgia Environmental Hall of Shame.

I have some nominees.