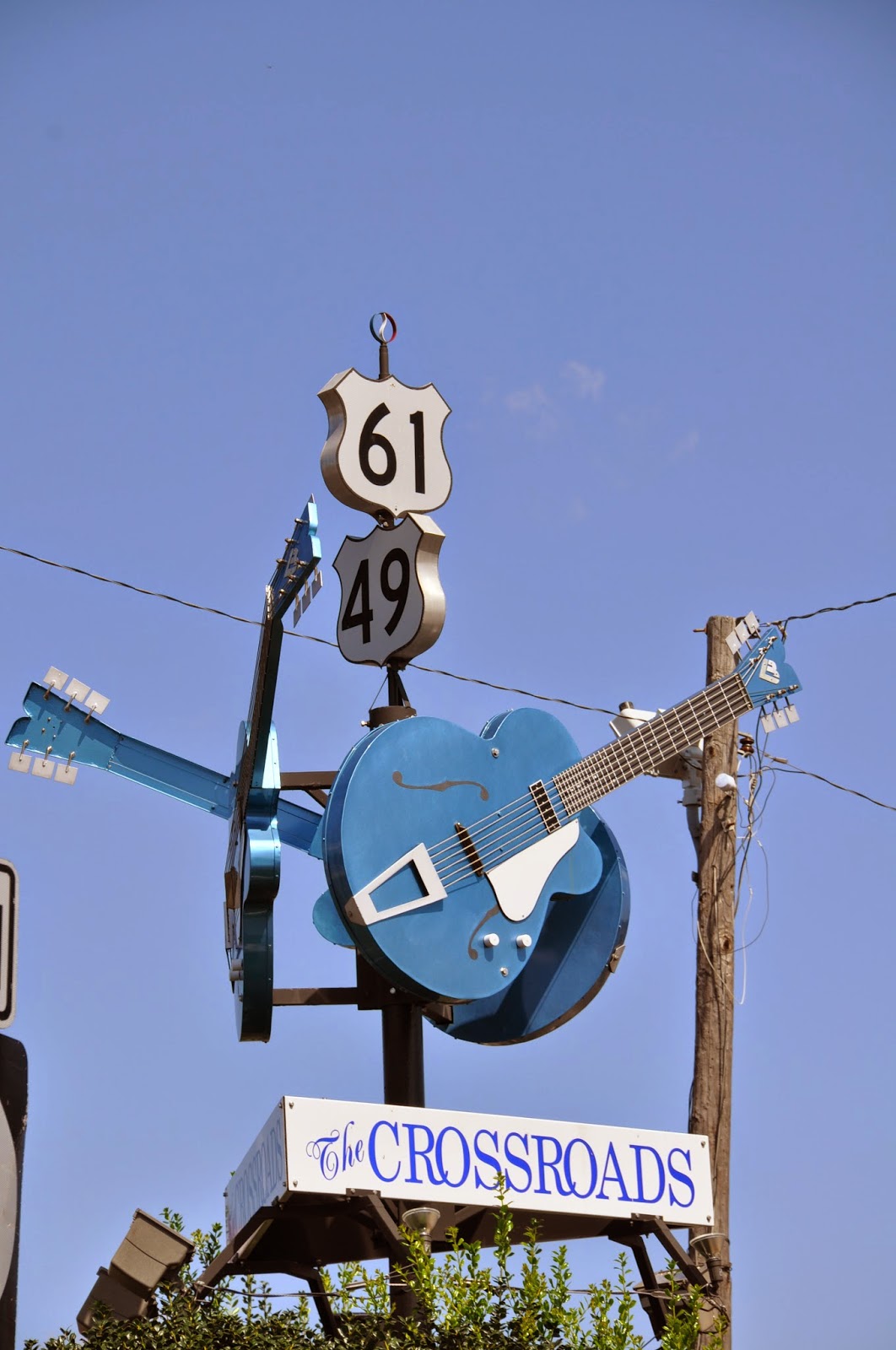 By nature, I’m a planner.  My calendar tells me what I’m going to be doing—usually.
But if an overly organized and crowded calendar keeps me from having fun, well, I’m too busy.  So here’s my premise: “Some of the very best things are spur-of-the-moment or happen at the very last minute.”  That’s why I popped into our younger son’s office.  “Eric,” I asked, “how would you like to go to a blues harmonica camp in Clarksdale, Miss.?”
As if he were about to salute Old Glory, he jumped to his feet and barked, “Yes, sir!”  “Great.” I said. “Check out this website.  See if they have any openings.  If so, sign us up.”  Minutes later, he reported, “We got the last two slots.”
Luckily, his bride and the mother of their two small children is a Memphis belle who loves music, too.  Her grandparents live in Clarksdale.  Better yet, she endorsed what became a week of memories that Eric and I will relive as long as we have energy and air to make our harmonicas wail.
Eric has musical gifts.  I am challenged, but I wanted to see if there was a harmonica player hiding within me.  I’ll tell you what I found—another time.
As I cranked my truck, we voted to make our adventure a barbecue-and-blues pilgrimage.  Fox Brothers Bar-B-Q, just east of Atlanta’s Gold Dome, was our first stop.  The pulled pork and smoked brisket were so good that we could have gone home happy.
But then I couldn’t tell you about Clarksdale. That’s where legend says Robert Leroy Johnson (1911-1938) learned to play the blues, after selling his soul to the devil. Eric and I sampled Abe’s barbecue, at the crossroads of Highways 61 and 49, where Johnson supposedly made his pact. 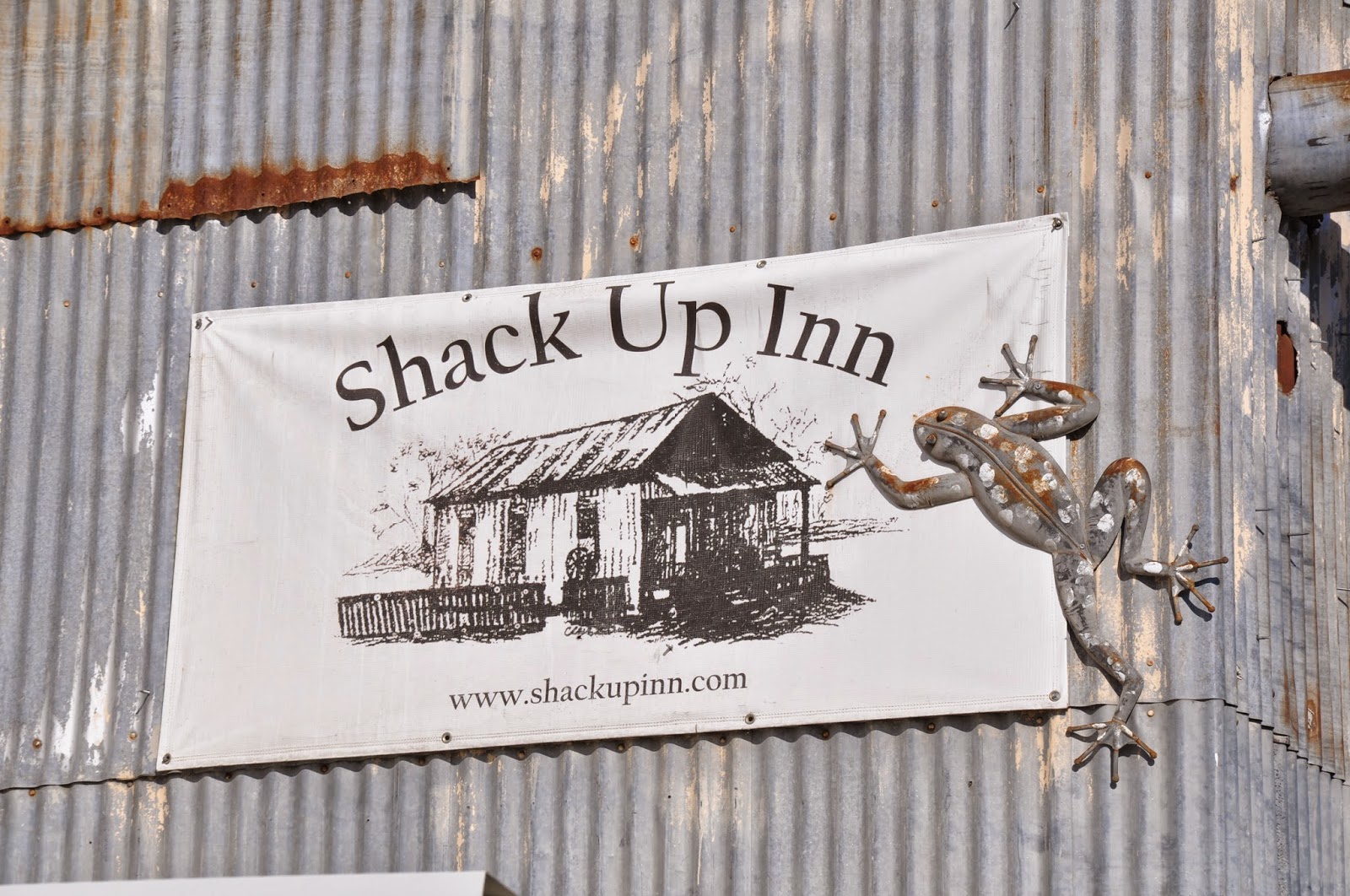 And if we had retreated early, we would have missed Oxford’s Square Books, one of the best bookstores—anywhere.  So, we kept driving to the Shack Up Inn on the Mississippi River Delta.  The what inn?  Well, just imagine a ramshackle gin hunkered down in a cotton patch.  Now, visualize two dozen sharecropper shacks complemented by choice pieces from Fred and Lamont Sanford’s junkyard.


The Inn’s owners, Guy and Bill, must have run ads announcing: “Whatever doesn’t sell at your yard sales, bring it to us.  We’ll decorate our shanties with your leftovers.”  Martha Stewart would freak out, but Eric and I loved our Electric Blue Shack with its peeling paint and graffiti-filled walls.
The Shack Up hosted Jon Gindick’s annual Blues Harp Jam Camp.  Thirty-two campers from America, Canada, Australia and Thailand interacted with an incredibly-talented Jon and five other star-studded coaches. 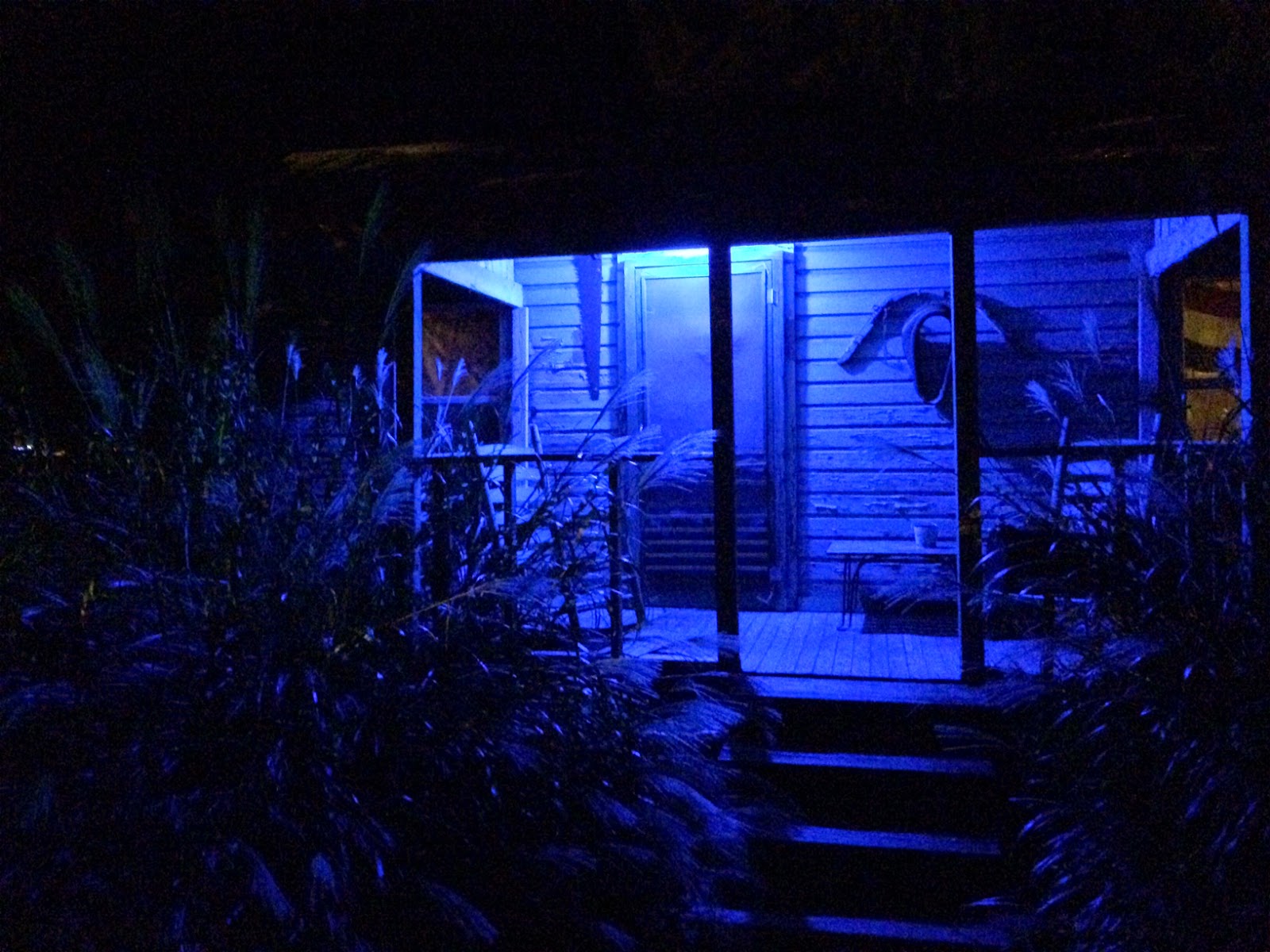 Many—like Eric—were stage-ready at the world-famous Ground Zero Blues Club.  But when my turn came, I was glad the band was loud and the patrons were too busy bending their elbows to care about my harp’s pitiful squeaks. But that didn’t curb my appetite to taste the new experience. 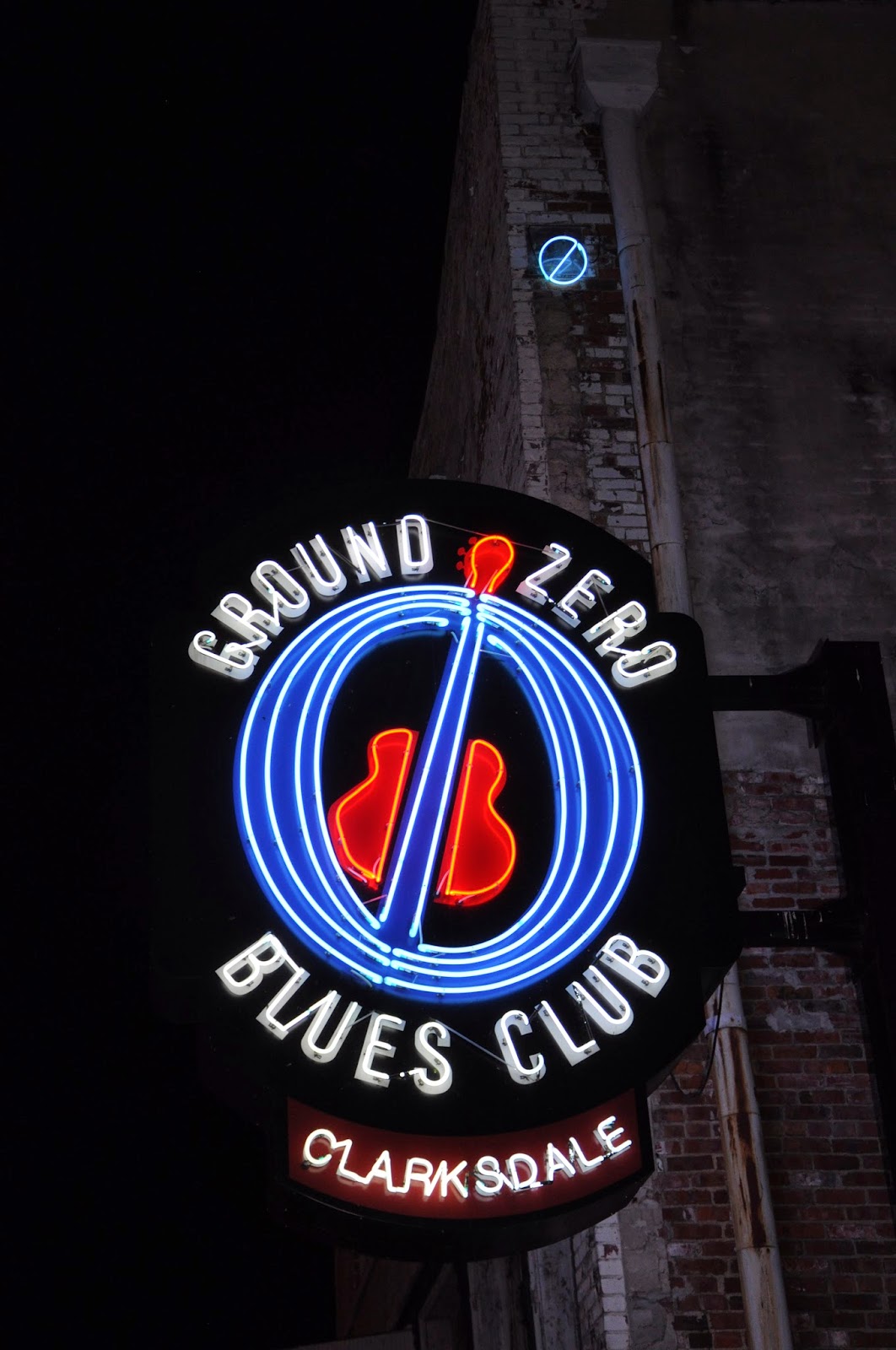 Unlike the harmonica, I know plenty about small, rural towns.  Driving around Clarksdale and seeing boarded storefronts, you sense the downtown is singing the Plywood Blues.  The scene reminds me of a once beautiful lady whose smile is now punctuated with rotten teeth.  But there are bright spots in this Delta town where Hollywood’s Morgan Freeman has a home.
It’d be easy to give up on Clarksdale. Judgmentally, you might say, “What a prophetic place for the blues to be born.” But as Eric and I sat within earshot of chatter in mom-and-pop cafés, we heard hope.  Cotton is strong—again—and tourism is growing. Fire Chief Obert Douglas said it best: “We’ve been through some hard times, but we’ve got good people here.  We’re coming back.”


And, Chief Douglas, I’m coming back, too.   Jon gives me hope, if I keep practicing.  His next camp is already on my 2015 calendar.  I’m not about to get the blues trying to play the blues.