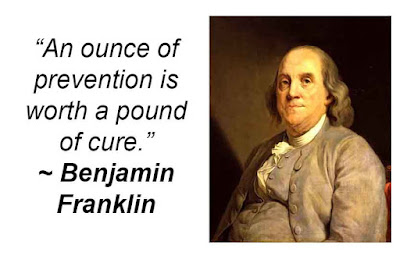 A sandy road, rutted by wagon wheels, came before the narrow ribbon of asphalt that linked our towns. These days, there’s a 65-mph four-lane that lets us zip from Jesup—through the pine plantations—to Brunswick and the beaches of the Golden Isles. But long before any of these routes, there was a water road, the Altamaha River, carrying travelers from Wayne County to the coast. 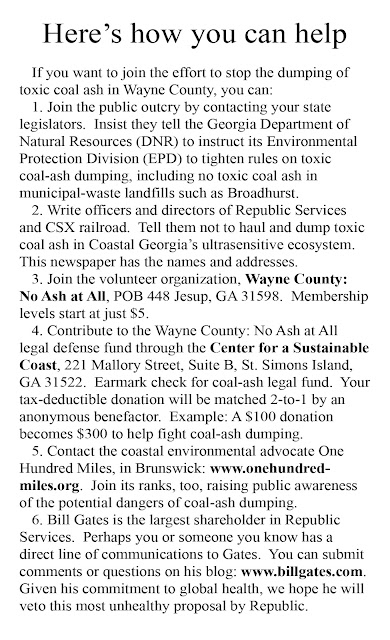 The Altamaha, Amazon of the South, serves much as does the proverbial canary in the coal mine. When its waters become sick, the warning is clear: People will become ill, too. That’s why we must be vigilant stewards of a natural resource that has served our coastal region through the ages.
Last week, on Jekyll Island, I watched the faces of two St. Simons Island friends. The more we discussed Republic Services’ plan to dump up to 10,000 tons—per day—of toxic coal ash in Broadhurst, the couple’s eyebrows arched, mimicking the nearby Sidney Lanier Bridge.
That’s right. Coastal residents need to be alarmed about what’s in the works 40 miles inland. Early on, plumbers learn: “The hot goes on the left, and the stuff runs downhill.” Whatever happens in Wayne County’s watery ecosystem is destined to run downhill to our neighboring counties, where the economy is driven by tourism, fishing, shrimping, crabbing and the like.
Clicking off Brunswick Superfund sites, my friend said, “We have enough environmental worries in Glynn County. Please don’t send us anymore.” Warren Buffett once explained that vision through the rearview mirror is always 20-20. I am sure Brunswick wishes that it had heeded Benjamin Franklin’s advice: “An ounce of prevention is worth a pound of cure.”
Old Ben’s admonition is what this anti-coal-ash hullabaloo is all about. Coastal Georgia is under an assault that could negatively impact our natural resources, including rivers and streams, along with our coastal marshes and saltwater estuaries. How about the air that we breathe?
Since mid-January, Wayne County residents have been trying to keep our community from becoming a national experiment to see how much toxic coal ash can be buried and piled in one place. If we lose this classic David-and-Goliath battle, contaminating stuff will likely flow downhill. The counties of Long, McIntosh, Pierce, Brantley, Camden and Glynn—along with the rest of the state—should be eager to join this preventive fight, too.
Republic Services, America’s second-largest waste-management company, says we shouldn’t worry about possible heavy-metal leaks from its private landfill. The $9 billion giant claims to have the expertise and resources to keep us safe. I can’t swig from that jug of corporate Kool-Aid being served from 2,000 miles away in Phoenix.
Republic doesn’t recognize that the Coastal Plain—sitting barely above sea level, with the water table near the top of the ground—is the worst possible place to risk pollution. That alone should make our eyebrows arch. You don’t have to be an environmental engineer to conduct this experiment. Soak a sponge and put it on a table. Then, tip one corner of the soggy sponge. Watch the water run out.
This is exactly what can and will happen when the inevitable toxic leak happens—again—at Broadhurst. Remember the almost-kept-from-the-public beryllium leak in 2012? The past is a good predictor of the future.
That’s why I am worried—just as I hope you are—about our ancient water road. If toxic coal ash pollutes the Altamaha River, it can transport poison through our already-threatened region and into Georgia’s sensitive coastline.