What’s behind my passion against toxic coal-ash dumping?

Monday morning—as the mercury crept toward 99 degrees—you knew the day was going to be hot as the hinges of Hades. That’s why we picked a seat under the canopy of big trees on the edge of the Altamaha River Swamp for the interview. Besides being out of the sun, I wanted the National Public Radio (NPR) reporter to hear the birds singing and the splash of fish, witness the butterscotch-colored water easing its way to the coast and see ancient cypress trees that were growing in Wayne County when Christopher Columbus discovered America. I imagine some of the cypress, with girths as big around as a school bus, were here when Jesus was praying in the Garden of Gethsemane.
One of the first questions Molly Samuel, of Atlanta’s WABE, asked was: “Tell me about your hometown.” The floodgate opened. I thought about the phrase attorney Hubert Howard used dozens of times as we sat at his oak table: “In an abundance of precaution, have I made myself perfectly clear?” 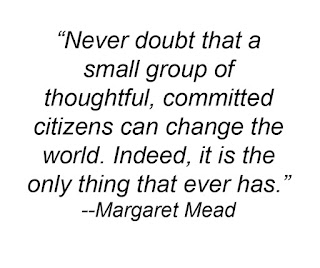 I wanted to be clear about my passion against Republic Services’ plan to potentially dump millions of tons of toxic coal ash in Wayne County. I explained that wherever I was in the world, my heart—just like the cypress—is rooted right here. This is home. “Molly,” I said, “In my opinion, a person who won’t stand up for his family, his friends and his hometown … well … isn’t much of a person.”
If you tried to rip from my soul the love and loyalty for this place, the noise would be greater than the sound of a 50-yard piece of Velcro being yanked apart. I don’t see a vacation Bible school sign and not hear that stand-up, sit-down jingle of the First Baptist Church’s piano in the 1950s.
Other times, I’m sitting in Ralph Grantham’s chair, getting my “ears lowered,” in Jack’s Barber Shop on Cherry Street. I wonder what those men of my boyhood would be saying about putting our community at this much contamination risk. Sixty years later, I can still hear their strong voices over the air conditioner hum.
I’ll never forget Jesup Junior High principal James Bacon’s asking me to explain the difference between quantity and quality. I couldn’t then, but I certainly can now. Quality of life in our community has to be a top-of-the-list concern. And until her death, retired teacher Nanelle Bacon never failed to ask me, “Do you have your homework?” Since January, I’ve been studying coal ash every day. Massive quantities of this toxic substance will be a liability, not an asset, to our quality of life.
Mrs. Ruth Oglesby introduced me to the University of Georgia. Elliott Brack inspired me to join him as a pants-on-fire newspaperman. Dr. Lanier Harrell, our early-days partner, encouraged me to stand tall with starch in those britches, too. In 1972, banker Carey Brannen had faith in my aspirations, loaning me $3,000. Lonnie O’Quinn and Linton Lewis kept my dream alive with a shoebox full of 90-day notes. I can hear Jimmy Sullivan saying, “You can’t out-give God.” And there was my friend James Harper doing all he could for 96 years. I’ll never turn my back on countless hometown folks who have believed in me.
As hot as Monday was, nothing compares to Parker’s Paradise in Long County’s backwoods during the 1960s. Coaches Clint Madray and Ben Park never looked at a thermometer and said, “It’s too hot to practice football today.” With limited athletic ability, I learned the value of “sucking it up” and “having guts” to battle even the biggest foe. As we try to tackle a multibillion-dollar waste-management Goliath, I can hear Big Clint barking, “Even a dead man has one more step!”
Just as I have criticized Republic’s heavy-handed approach to this coal-ash controversy, the landfill operator has accused me of being an “activist journalist.” I have used the First Amendment—freedom of speech—as a tool. I don’t write news stories. I write opinions. And I am unashamed of standing up for my family, my friends and my hometown.


When Molly and I said our good-byes, I smiled and asked, “In an abundance of precaution, have I made myself perfectly clear?” 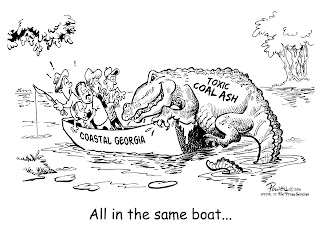