Republic wants us to play Russian roulette with our environment

­
Stroking his unruly beard, the mountain man’s flint-gray eyes sized me up.  With a flick of his tongue, he rolled his chaw and streamed tobacco juice into the red-clay dust.  Clearing his throat while wiping his mouth with the back of his beefy hand, he got ready to lay some advice on me.  When he saw I was ready, he declared, “Son, I’d rather fight a rich man than a fool.  A rich man knows when to quit.”
Since mid-January, Wayne County has been in a fight over coal ash.  Republic Services’ largest shareholder, Bill Gates, is the richest man in the world.  So, when you compare any of us in Wayne County to the co-founder of Microsoft, we are all paupers.  But what we have going for us is that this is our community, and “fools” we are about the people and place we love.  Quitting isn’t in our DNA, especially with the way Republic has gone about this coal-ash business.
For six months, we’ve been scrambling to thwart this waste-management Goliath from shoving a toxic substance down our throats.  Republic may know how to hire lawyers and lobbyists, run landfills and stack up billions, but it comes up short in the public-relations department.  Its Wayne County effort is a textbook example of how to trample a community’s feelings.  Here’s how I analyze Republic’s corporate strategy with its 3 Bs: Buddy, Buy and Bully.
Buddy-up with commissioners. 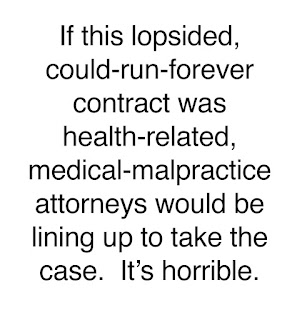 Twenty years ago, when Republic bought the landfill from Addington, it employed the good-old-boy system.  Buddy-up to the commissioners, building a you-can-trust-us relationship.   Yes, sir, cozy up.  Backslapping did its trick, making it easy for the commissioners to forget the risks and focus on the monetary reward for the county.  How do you think Republic got its sweetheart contract amendment in 2005?
Buy its way into a 50-plus-year contract
When a handful of leaders were seduced by the “easy money” from host fees, Goliath got a we-can-do-anything-we-want grip—a grip which could last well beyond 50 years—on Wayne County.  Read the despicable wording. Money talks, and promised millions screamed so loudly, commissioners and solid-waste authority members couldn’t wait to get ink on the documents.  Do you think our leaders knew toxic coal ash was lurking in the shadows?  I don’t think so, but Republic no doubt did.  Lobbyists for the behemoth waste-haulers are all over Washington and Atlanta.
And speaking of money, don’t you find it ironic that Republic is now making noise about charitable giving here?  Even with its Daddy Warbucks bank account, Republic shouldn’t have enough dollars to buy our goodwill. Not now.
Bully to get what it wants
Surely, you are familiar with the now-infamous letter from Republic to our county commissioners.  The not-so-subtle threat was: “Don’t you try to stop us.  Whether you like it or not, we plan to dump as much coal ash in Broadhurst as we want.”
If this lopsided, could-run-forever contract was health-related, medical-malpractice attorneys would be lining up to take the case.  It’s horrible.  What about the 2000 local wetlands ordinance?  Apparently, our commissioners have been bullied into not enforcing a regulation which was on the books five years prior to the agreement that has caused so much upset.
Former Congressman Lindsay Thomas explains:  “Dumping toxic coal ash in our coastal ecosystem is like playing Russian roulette.  But instead of one bullet in the cylinder, coal ash puts four bullets in the gun.”
Republic is the “rich man” in this battle, but greedy Goliath—
if he has a heart—should yield to what is best for this community and Coastal Georgia—now and forever.

And if we give up our fight to protect the people and place we love, we really are fools. 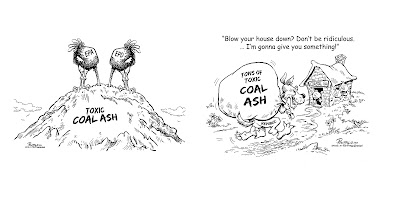