Left hand needs to respect what right hand is doing

A half-century ago, a pop-culture movie, Cool Hand Luke, etched a line into my teenage brain. I can still see Captain’s (Strother Martin) sneer as he spat out his infamous words to Luke (Paul Newman): “What we’ve got here is failure to communicate.”

For the last 22 months, with a slightly different twist, those words keep coming back and back.  Considering the visionary investments to protect the Altamaha River corridor and the less-than-vigorous effort to safeguard it from toxic coal-ash pollution, I think of the chain-gang boss.  If he were observing what’s going on in Southeast Georgia, he’d say: “What we’ve got here is failure to see the irony.”
Long before I ever learned about coal combustion residuals (coal ash) or Republic’s desire to build mountains of it in Wayne County, I knew we had something extraordinary in our corner of the state.  The Altamaha River Basin is so special that it’s often called the Amazon of the South.  No part of this gift from God can be purchased online from the other Amazon or from big-box store shelves. 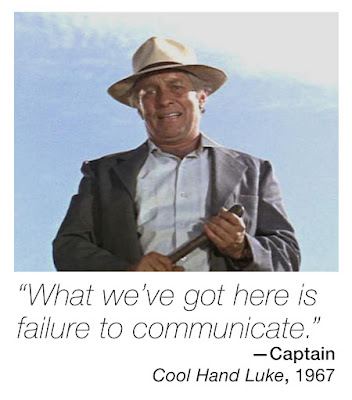 And when you have something this special, you must wrap your loving arms around it.  That is why I threw my heart into the fight to protect the Altamaha, its tributaries, its environs and the precious water beneath it.  My wallet followed my heart.  I am grateful so many did the same.
This passion for the environment—our land, our water, our air, our people and our critters—is rooted deep within my DNA.  I give credit to The Nature Conservancy (TNC) for helping to pull those feelings to the surface.  As a former board member of its Georgia Chapter, I met people smarter than me who expanded my knowledge and the need to do the right thing—now, not later.
As you’ve just read, so far, more than 165,000 acres bordering the Altamaha have been protected—forever.  TNC has been a key driver in this mission.  With a mixture of public and private investments, $36 million made possible the addition of the 19,500-acre Sansavilla tract, straddling the line between Wayne and Glynn counties.  The leadership of Georgia’s Department of Natural Resources and its various partners deserve a standing ovation.
“Bravo!” I say.
But before we get too carried away with backslapping, let’s examine the big picture and the irony of what’s happening in Broadhurst.  The Little Penholloway Creek flows through Republic’s landfill.  The Little Penholloway connects with the Penholloway Creek, which joins with the Altamaha, which wraps around Little St. Simons Island on the edge of the Atlantic Ocean.
And not far from Broadhurst is the Satilla River watershed, which empties into St. Andrew Sound near Cumberland Island.  Do you see the irony of making this mega-million-dollar investment and not doing everything we can to protect what goes on upstream?
It’s almost as if the left hand doesn’t care what the right hand is doing.  Weak laws and low tipping fees have allowed Georgia to become a dumping ground for bordering states.  Right now, as you read this, toxic coal ash is pouring into Georgia from the Carolinas.  The Jacksonville Electric Authority has already dumped 800,000 poisonous tons in Broadhurst.  More could be on the way.
That’s why the left hands—from Wayne County to Atlanta and around the state—need to respect what the right hands are doing.  United, those hands need to work for stronger environmental laws.  Otherwise, despite the Sansavilla-type successes, it’ll be: “What we’ve got here is failure to see the irony.”