PASADENA, Calif.–On New Year’s night, high above this storied Rose Bowl city, Bulldog angels were barking and painting clouds red and black. Coming alive again was Larry Munson, the legendary voice of the Bulldogs. Above the explosions of the stadium’s fireworks and all the heavenly ruckus, I am sure I heard him growling, just as he did in 1980 in Jacksonville: “I gave up … and you did, too!”

For 37 years the Bulldog Nation has yearned for this kind of magic–Lindsay Scott hauling in a Buck Belue pass and outrunning a slew of snapping Gators. And now, in the 104th “Granddaddy- of-them-all” bowl game, Lorenzo Carter swatted down an Oklahoma field-goal attempt to give Georgia a chance to win.
A Bulldog field goal might have won the cardiac classic, but no. Sony Michel scooted 27 yards to score, making sure that it wasn’t the last time he would ever carry the ball for the Bulldogs. Can you believe it, 54-48, beating a high-powered bunch of Sooners, led by a mouthy phenom whose skills match his words?
The come-from-behind SEC Champs erased a 17-point deficit to lead.  The seesaw battle locked in a tie.  And then coach Kirby Smart’s charges did something that’s never been done in the Rose Bowl–win in not one overtime but two.
This is the second time that Georgia has played in the Rose Bowl.  In 1943, MVP Charley Trippi and the Bulldogs beat UCLA 9-0.  Seventy-five years later the Dawgs remain undefeated in Pasadena.  I was there when Buck hit Lindsay.  Now I’ve seen that magic again, which leaves me with only three more things to say:
1.     BELIEVE.
2.     Bring on Bama.
3.     See you in Atlanta. 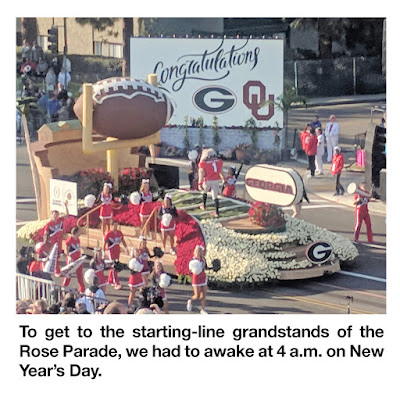 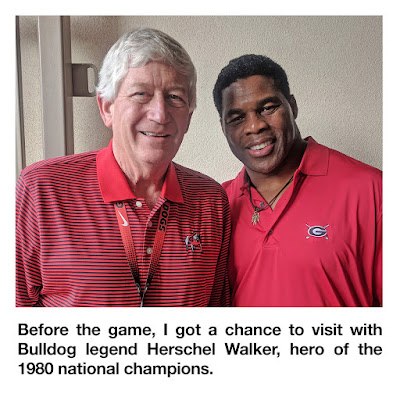 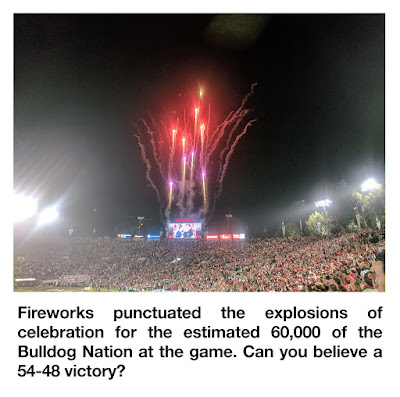 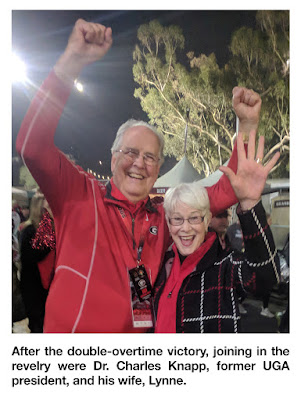 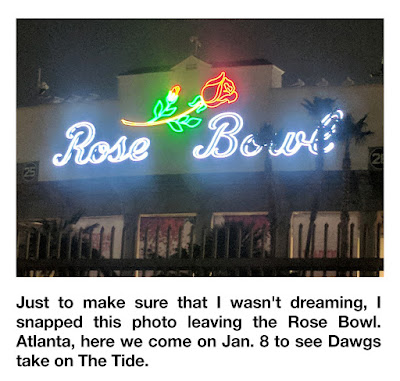