Hamilton gives a chance to taste a different genre of music

When it comes to tastes, we all have our peculiarities.  If you ignore the one leisure suit which I owned in the disco era, my taste in clothing hasn’t changed much in 50 years.  I like starched cotton, and I prefer loafers to lace-ups.  Fashions come and go, but I will stick with what I like.
For years, Alan and Eric have failed in their rare-steaks-taste-better sales efforts.  Despite the you-are-ruining-a-good-piece-of-meat warnings, I still leave my ribeye on the grill.  However, I remember when I wouldn’t touch squash.  But don’t waste your time telling me about liver—ugh.
Maybe it’s a good thing Alan and Eric’s sister, Emily, doesn’t cook for me.  With a husband and four sons, she doesn’t have time for picky eaters.  Emily won’t allow her boys to say, “Yuck, I don’t like that!”  Instead, Wyatt, Hayes, Henry and Smith must say, “Mom, this isn’t my favorite.”  And then she advises, “OK, but you need to try two bites.”
I’m a little peculiar about music, too.  I prefer country music from the 1980s and 1990s over today’s style.  Most of the time, I’m happy to listen to the Temptations, Etta James, the Four Tops, Sam Cooke, the Drifters, Marvin Gaye, Aretha Franklin, the Tams and the Supremes. The preset buttons on my truck’s radio don’t include perhaps the hottest-going genre of music: hip-hop.  That’s why a friend arched his eyebrows when he heard I was going to see Hamilton.  “Really,” he asked, “you are going to a rap concert?”
Yes, I was willing to “take two bites.”
Actually, it was a more like a three-hour feast.
So, why did I go? 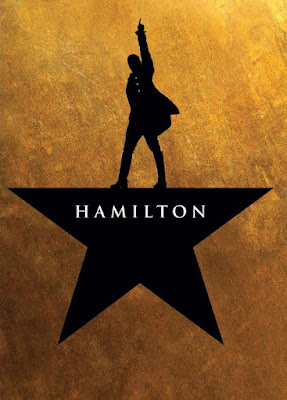 There were several reasons.  I might be a stick-in-the-mud sometimes, but I am not a complete cultural dolt. I’ve been to Broadway many times, and this much-ballyhooed performance was closer than New York.  Besides, going to Atlanta’s Fox Theatre is an adventure in itself.
But most of all, history was the hook. I’d read Ron Chernow’s 2004 biography, Alexander Hamilton, and I was eager to see Lin-Manuel Miranda’s novel approach to telling the story of this Founding Father of America.  Genius doesn’t come close to describing Miranda’s production.  Accolades of tsunami proportions are still washing over his creativity.
I, too, exclaim, “Bravo!”
Miranda gets a string of A-pluses for making history come alive through modern music, blending hip-hop, pop music, rhythm and blues, and soul music into a show-tunes mixture of the kind you’d expect on the stage. The actors were flawless, rattling off rapid-fire lines in the midst of brilliant choreography.
The action was packed with countless “wow moments.”
It was also packed with too many “was-that-really-necessary moments.”
As a grandfather of eight, I flinched when M-F bombs were dropped.
Yeah, I know.
This is a part of hip-hop’s raunchy reputation.  Still, I was sensitive to the number of young schoolchildren in the audience.  And I kept asking myself, “Does that vulgar language add anything to an otherwise spectacular show?”  Stick-in-the-mud or not, I think not.
Please listen to what you like, but you won’t hear hip-hop blaring on my radio.
Through Hamilton, however, I did take a taste.
But along with bloody steaks and liver, hip-hop—laced with profanity—isn’t among my favorites.