The Last Man To Let You Down finally rolls off press

As sure as principal Tom James would ring the bell at Orange Street Elementary School, I knew I was going to get teased about my father’s undertaking profession. I heard a thousand times: “Your daddy is the last man to let you down.” Another favorite was “Your daddy is a Southern planter. He plants ’em six feet deep.” 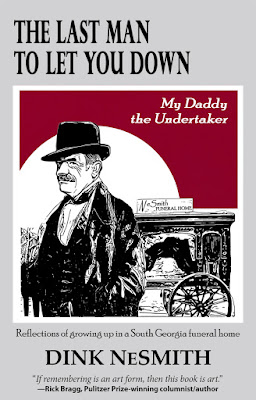 As a third- or fourth-grader, that teasing bothered me. In time, I laughed with them. But I didn’t laugh at Big Dink because I knew there was a deeper meaning to “the last man to let you down.” Other than in graves, my daddy didn’t let people down. To him, a promise made was a debt unpaid. When he died in 1998, Dink NeSmith Sr. went to Heaven debt-free—financially or otherwise.
Soon after I delivered his eulogy, I made a promise to put his life’s story in a book. I am embarrassed that it took so long. For two decades, I wrote and collected stories and photographs. I kept saying, “I’ll need to get this done.” And one morning, I looked in the mirror and said, “No more procrastinating. This is the 20th anniversary of his death. Get it done!” And with that figurative slap in the face, I got moving.
My mother used to say, “I’ve been moving so fast that my shirttail hasn’t touched my back.”
And then there’s a saying that life is what happens while you are planning to do something else. That sums up my drawn-out book project, but I was determined to have it off the press by Father’s Day 2019.
Two boxes of the 323-page hardback book arrived last week at 252 W. Walnut St. in Jesup. The full shipment will be arriving soon. An eBook edition will be available, too. A university press showed interest in publishing The Last Man To Let You Down, My Daddy the Undertaker, but the delay would have been another 18 months. I was honored by the offer, but my shirttail wasn’t just flapping. The starched pinpoint cotton was on fire to get it done. I had dillydallied around long enough, so The Press-Sentinel is the book’s publisher. 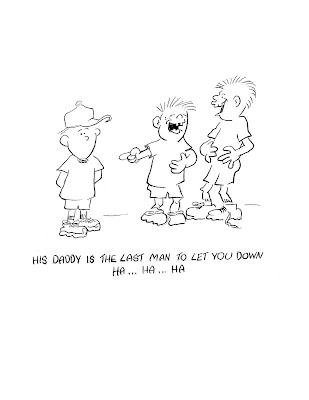 There is a multitude of reasons that I wanted to write this book. The first is to pay tribute to the man who gave me more than his name and nickname. His love of family, the value of friends, his tireless work ethic, his determination to keep commitments, his sense of humor and even his skinny legs are all a part of my inherited DNA. Friends and six generations of our family are woven through every page.
Another key motivator was that I barely knew my grandfathers. My mother’s dad, Howell Vines, died when I was barely tall enough to stand on my tiptoes to peek into his casket. W.C. NeSmith died in 1971, when I was in Army basic training at Fort Campbell in Kentucky. The last time I passed him on a Cherry Street sidewalk, he didn’t even recognize his teenage grandson. Shame on me. I should have said, “Hello, Granddaddy.”
Our eight grandchildren never had the privilege of sitting in Big Dink’s lap or feeling the tickle of his moustache. People die twice. The second time, the memories and stories stop. My hope is that The Last Man To Let You Down, My Daddy the Undertaker will keep Wyatt, Hayes, William, Henry, Fenn, Bayard, Smith and Stella’s great-granddaddy “alive” for generations to come.
And I wanted them to know that Big Dink would never “let you down.”