Before I-95 sliced through Southeast Georgia, Jesup was a haven for overnight tourists. More than a dozen mom-and-pop motels stretched on along U.S. 301. But in the early 1960s, the blockbuster news was Holiday Inn’s announcement.
I first heard it from Bobby and Tony Armstrong. Holiday Inn was buying part of their Younce Street backyard to build the new motel. About the same time, my classmates and I were getting our driver’s licenses.
That meant our Friday and Saturday night cruising route expanded from the Dairy Queen—corner of Macon and Pine streets—to making a lap around the new motel on 301 South. A popular contest was to choose a model of car—as in Cadillacs, Lincolns, Buicks and such—to see who could count the most to win. Pretty lame compared to today’s whiz-bang games. But remember that was 1964, when people just ate apples and didn’t click on Steve Jobs’ Apples.
The Holiday Inn’s glory days faded years ago, but think about how many Kiwanians and Rotarians streamed through its buffet lines. While bulldozers have been busy clearing clutter left by the defunct motel, I narrowed my favorite memories to three. Besides the luxury-car-counting contest, here are two more:
—Secretary of State Max Cleland was in town to speak, circa 1987. I called my friend to see whether he’d visit with our older son. Each of our children had read the Vietnam veteran’s Strong in the Broken Places. Alan was writing a book report, and I thought he’d benefit from interviewing the triple-amputee. Max said, “Sure.”
We agreed to meet for breakfast. When we got to the motel, I called Max on the front-desk phone. “Y’all come on over to my room,” he said. A knock on the door brought a cheerful reply: “Come on in.” When I opened the door, Alan stepped back and looked at me with eyes as big as hubcaps on one of those Bronx Cadillacs parked in the Holiday Inn lot. 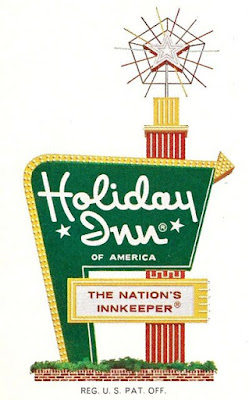 There was Max—no legs and one arm—naked and toweling himself after a shower. Laughing, he quelled our apprehension by saying, “It’s all right.” And it was. Alan regained his composure and asked questions while Max dressed and fashioned a knot on his necktie.
I don’t remember what grade Alan got on his assignment, but I am confident none of his classmates had an author’s buck-naked footnote to add.
—Bars were nothing new in Jesup, but the Holiday Inn brought a little-more-uptown drinking establishment—a lounge. If the recently knocked-down walls could speak, they’d tell stories of how many romantic relationships started and stopped in that dimly lit corner of the Holiday Inn.
Circa 1974, Sen. Roscoe Emory Dean Jr. was at the Wayne County Press, overseeing a campaign print job. The senator and our production foreman, Jim Buie, had a special relationship. Jim loved punching Roscoe’s buttons to see how the colorful senator might react.
Along about that time, Roscoe had been accused (but never convicted) of drinking and driving. Jim seized on the latest reported escapade and said, “Senator, I hear you’d been at the Holiday Inn and drinking.”
With drama fit for the big stage, Roscoe pulled the cigar from his mouth and declared, “Jim Buie, my man, liquor has never touched my lips!”
Jim laughed and fired back: “Senator, that must be because you were drinking it through a straw!”
A fleet of bulldozers have knocked down the old Holiday Inn, but all the dump trucks in

Wayne County can’t haul off those kinds of memories.