Taking a stroll around Jesup, circa 1957

Walking is good for you, so I laced up my PF Flyers and scooted out the door. Dogwoods and azaleas in Georgia Whaley’s front yard were quivering in the cool breeze, so I zipped my jacket.

On South West Broad, I passed Paul Salter and Scotty Carswell’s John Deere dealership and peeped into A&P. Marty Fender and his dad, Kinky, were unboxing bananas. Across the alley, Junior Burns was piling plumbing tools in his pickup. His folks, Harry and Blanche, were inside the shop, getting ready for their first customer.

With the hint of warmer weather, Roy Breen had pulled on his walking shorts and knee-length black socks to wear with his high-top shoes. Arranging hardware on the sidewalk, he waved.

Service Gas was jumping, too. Olin and Ernest Harper were wondering whether James had ordered enough stoves for cooking Wayne County’s garden vegetables. Mort and Goldie Mooney were bustling inside Mooney’s Department Store. And if Bob Harrison wasn’t politicking, he would soon be behind his mahogany desk at First Federal Savings and Loan on the corner—across from the railroad freight depot.

On Cherry Street, my first stop was waving to men in Jack’s Barber Shop—Jack Jackson, Ralph Grantham and Herbert Dent. And then I paused to look into Yeomans’ Shoe Store. I was always fascinated when Herman Yeomans or Nubbin Keith X-rayed my feet to see if my toes had growing room. 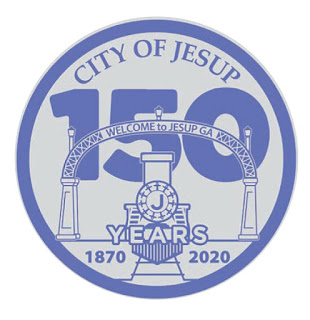 Next, I cupped my hands to peer into a dark American National Bank. George Parrish, James Dent, Carey Brannen and Lonnie O’Quinn were probably sipping coffee with W.Y. and Warren Smith at Smith’s Drug Store, across the alley.

Somebody told me that Capp Cappelmann had an insurance office on the second story of the old Ingleside Hotel. I didn’t climb the stairs, but I did pause at Knight’s Drug Store. Ernest and Avie Knight also sold Cherry Cokes to barefoot boys. From church, I knew pharmacist Carey Jones.

Beside Smith’s was Flowers Jewelers. As kids, Ben Flowers and my dad had played kick-the-can on Orange Street, where the pavement stopped at Fourth Street. In the next narrow storefront was Paul’s Men’s Shop. Perhaps the most popular spot on Cherry Street was the Strand Theater. It was too early for Gladys Riggins to be in the ticket booth. Proprietor Ward Riggins and his son, Ward Jr., were likely at Riggins Oil, looking over the day’s delivery list. And it wouldn’t be long before billiard balls would be clicking upstairs in Elmer’s Pool Room. My dad warned, “Stay out of there.” Surprisingly, I did.

But I was a regular at Carter’s 5 & 10. Pete and Sarah Carter, along with Roy and Geneva Henderson, collected tons of nickels from candy-craving kids like me. We exited with tiny paper sacks of sweets, leaving our coins and fingerprints on their glass display cases.

The establishments on the corner would become a fashion Mecca for my generation’s teenagers. Eventually, I would wear out the door hinges of Jimmy Sullivan and T.G. Ritch’s S&R Men’s Shop. By the time I was shaving, I’d work for Jimmy Sullivan. And I would treasure my friendship with his wife, Vonice, who was Queen of Cherry Street, holding forth in her ladies store, Sullivan’s. I was born in her father’s Ritch-Leaphart hospital across the street. Dr. Ritch’s partner, Dr. Alvin Leaphart Sr, delivered me on Dec. 3, 1948.

Hanging a left on Macon Street, I strolled by city hall and spoke to Jack Cowart at Brooks Auto Parts. Then, I passed Leslie Lloyd’s plumbing shop, Skeet Daniel’s Firestone, the bus station, Ben Park’s Modern Dry Cleaners, and the offices of Dr. Lanier Harrell and Dr. Woodrow Yeomans. At the two-storied Victorian home of Ben Milikin, I hooked another left.

Nodding good morning to Winton Dobbs, swinging on his porch, I scampered up the steps at 111 West Orange—NeSmith Funeral Home.

Almost all of the people and the places have vanished—except in my memories.

But that’s where I enjoy taking an occasional walk, especially during the sesquicentennial celebration of my hometown.