After 2020 election, a bigger decision awaits

If toga-clad Julius Caesar stopped by your house for a chat, the knifed Roman emperor could tell you a thing or two about politics. He’d say, “This business didn’t just get cutthroat.”

Have you watched the televised debates?

Who do you think won, Trump or Biden?

How about Pence or Harris?

When President Donald Trump and former vice president Joe Biden wasted no time in turning the debate into a verbal brawl, I decided to waste no more of my time watching it. Forty-five minutes was enough for me. I was unimpressed with either candidate’s deportment.

I understand tension. Without tension on piano or guitar strings, there would be no beautiful music. But the cutthroat tension in the first presidential debate was anything but beautiful. From what I saw and read, the exchanges between the nominees were the ugliest of uglies.

What America needs—more than ever—is leadership, as described by Gen. George Marshall of World War II fame. He said a leader is a person who exerts an influence that makes you want to do better than you thought you could.

Did you see anything in that debate that you’d want your grandchildren to emulate? 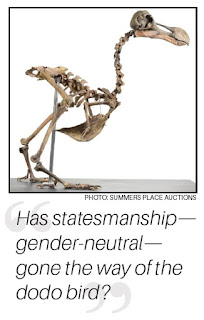 While the world watched, did you wonder what people around the globe thought? I imagined our global adversaries were saying, “Those Americans are their own worst enemy. Look at the squabbling. We don’t need to fight them. The United States is going to defeat itself.”

And then came the vice presidential debate. I watched every moment. I knew the Democrat and Republican stances on the issues, but I was curious how the candidates would behave. It didn’t take long to find out. Sen. Kamala Harris and Vice President Mike Pence picked up where Trump and Biden left off—bickering and accusing each other of being a lying, long-nosed Pinocchio.

Debate is healthy. People—especially in America—have a right to express their personal opinions. That’s fundamental, thanks to the First Amendment. But the fact you can say something doesn’t always mean that you should. Absent in both debates were discipline and respect for the moderators. Has statesmanship—gender-neutral—gone the way of the dodo bird?

Remember The Gong Show? Perhaps the moderators should have had gongs to bang. Pleas to hush were hopeless. Each candidate had to twist their oral knives one more time.

If I told you I was voting for Donald Trump, half of you would say I was an idiot.

And then if I told you Joe Biden was my choice, the other half would say I’m an idiot. And that’s the point. Our nation appears to be split down the middle. Angry polarization has overpowered civility and clouded our future.

Remember the Batman movie when Jack Nicholson, as the Joker, said, “This town needs an enema.” Is that where we are, America?

Here’s where I am.

I love America. I want to do more than my fair share to help our country, but I am repulsed by 2020’s gutter-crawl into a political abyss. But when the last vote is counted—like it or not—Donald Trump or Joe Biden is going to be sitting in the Oval Office.

That’s when a bigger decision must be made.

America, what will be our focus:

Really, what are we going to do?