Family was the heart of Billie’s life

Her tiny grocery and fruit stand perched on the west side of First Street’s two lanes,

just before northbound traffic ducked under the railroad. On the other side of the underpass,

A Thursday ritual was to park alongside her store to drop off a stack of newspapers to sell. I enjoyed making those deliveries. I loved listening to the proprietor’s friendly downhome voice. One morning, she stopped midsentence and absorbed a picture on the front page of the Wayne County Press.

Pulling a Kleenex from her apron, Alene Kendrick dabbed the corners of her eyes. And then she smiled with the radiance of a mother—equal parts disbelief and pride. Placing an index finger on the face in the news, she said, “I can’t believe my little boy is 30 years old today.”

And now—48 years later—I’m among many who are in disbelief that her son Billie Clanton is gone. Not long ago, Billie and Italked about the first of my vehicles from Clanton Motor Company—a 1968 two-door Dodge 440 Coronet, white with a green vinyl top.

On Aug. 23, 1969, Pam and I departed for our honeymoon in that car, listening to music on its eight-track tape player. Billie laughed and said, “Yep, Pope Henry was my salesman back then.”

Another memorable purchase from Billie was a revolutionary vehicle—the minivan. For years our children had ridden in their mom’s Oldsmobile station wagons with rear-facing backseats. Alan, Emily and Eric were ready to see where we were going rather than where we had just been. The 26-hour round-trip to the 1987 Liberty Bowl in Memphis–in that Dodge Caravan—is legendary among the NeSmith Five.

Over the years, the newspaper had a series of Dodge vans to haul our newspapers to stores and post offices in Jesup, Odum and Screven. One of my favorite Clanton Motor Company stories was about the farmer who bought a new truck every year.

While Billie’s wife, Nell, was filling out the paperwork, the customer borrowed a pipe from the dealership’s shop and wham! Billie saidthe man always offered the same explanation: “Now I don’t have to worry about the first dent.” 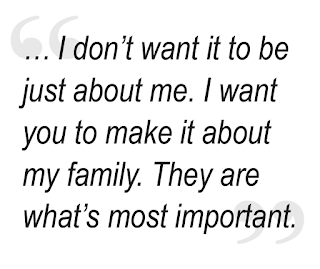 And when Billie was alive, Wayne County didn’t have to worry about where the retired auto dealer’s loyalty was. Over the years, he wore many civic hats, and he distinguished himself in many ways.

In our last visit, he made it clear which honor he cherished the most—family man. Billie reveled in being a husband, a father, a grandfather and a great-grandfather.

In our conversation, Billie and I discussed the proposed naming of the new Hwy. 169 overpass for him. He had been an outspoken advocate for the Pine Street Overpass.

The backstory was that one of his and Nell’s daughters needed to get to the hospital and a train had blocked all the crossings. The Press-Sentinelchampioned the project, too. Can you imagine our community today without that vital link to both sides of Jesup?

As we talked about the anticipated overpass dedication, Billie’s voice softened. He didn’t reach in his pocket for a Kleenex, but I could tell he was touched. He asked for a favor. “I want you to do the write-up,” he said. “But I don’t want it to be just about me. I want you to make it about my family. They are what’s most important.”

Those were his last words to me.

Billie, my friend, you can rest in peace.

I promise to honor your wish.