‘When you come to a fork in the road’

her slate-blue Buick. The Appling County courthouse, on the left side of U.S. 341, disappeared

as she drove north on Highway 15. She was working on an advanced degree at the University

of Georgia. I was tagging along with her son and my friend, John.

That was my first trip to Athens. But since 1963, I’ve become an expert on just about every mile of that strip of asphalt. How many times have I been up and down that road? Too many to count.

I learned, courtesy of Mrs. Oglesby, that Wrightsville is halfway in the 210-mile journey between Jesup and the Classic City. John’s mother treated us to an early supper at Ralph Evans’ Restaurant in the middle of Herschel Walker’s hometown. We didn’t know who Herschel was, and the 1-year-old didn’t know he’d become a UGA legend running the football. Columnist Lewis Grizzard once wrote, “God bless Mrs. Walker.” And Bulldog fans everywhere barked, “Amen!”

On another journey in that slate-blue Buick, we discovered Sandersville’s Dairy Lane. Ever since, a cheeseburger, fries and a chocolate milk shake have been a tradition, 90 miles south of Athens. In time, another must-stop was in White Plains. Our children grew up shuffling through the wood shavings on Holcomb’s floor to order a barbecue sandwich. 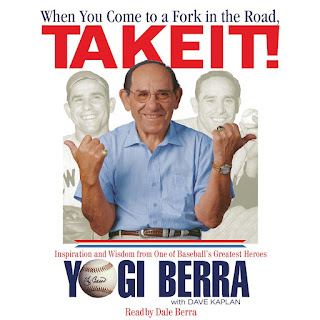 And that’s the way it has been for more than a half-century. Occasionally, I’ve tried U.S. 441. After leaving U.S. 341 in McRae, you’ll soon find some four-lane strips. Bypasses around Dublin, Milledgeville, Eatonton, Madison, Watkinsville and others speed you along. It’s a good route, but I’ve been partial to my old standby, Hwy. 15.

Well, until my last few jaunts.

Between Baxley and Vidalia, Hwy. 15 and U.S. 1 share the road. A dozen or so miles south of the Sweet Onion City, the dual highway forks. Hwy. 15 goes left to Vidalia, Soperton, Wrightsville, Tennille, Sandersville, Warthen, Sparta, White Plains, Greensboro, Watkinsville and, of course, Athens. U.S. Hwy. 1 goes right to Lyons, Swainsboro, Wadley, Louisville and Wrens, where you veer left on Hwy. 17 to Thomson.

But back to the fork in the road, where you must make a choice—Vidalia or Lyons. If you are having trouble deciding, pull into John’s Country Junction. It’s been a Toombs County landmark since 1987. Have a bag of boiled green peanuts and a Coke.

Chances are you might meet the proprietor, John McDonald. That’s what we did on the last trip. And it was there, talking to John, that I thought of what Yogi Berra is credited with saying. “When you come to a fork in the road, take it.”

That’s what I did.

My apologies to the late Mrs. Oglesby and my Hwy. 15 tradition.

This new route, between Jesup and Athens, has some promise.