What’s with all this road rage?

One minute I was driving, and the next minute all hell broke loose. The silence wasn’t broken by a beep, beep but by a nonstop horn blast. My immediate thought was “Whattttttttt?”

That’s when I saw the Dodge Charger aiming at me. Just before we crashed, the other driver jerked the wheel and veered to the shoulder.
Whew!
I was in the righthand lane of a divided four-lane highway. I guess the driver couldn’t see the car on my left, and he thought that I should have moved over to let him merge from a side road. And maybe he didn’t see the yield sign as he approached the intersection. But because I didn’t get out of his way, he jammed on the horn.
That wasn’t all.
The angry driver pulled alongside of me, on the right, on the road’s rumble-stripped apron. The beeeeeeeeeeeep never ceased. Then the car dropped behind my truck, almost kissing my bumper. For a moment, I thought the enraged tailgater was going to ram me.
With the horn still blaring, the Charger swerved left and pulled up next to me. Out of the corner of my eye, I could see his passenger hanging—from his waist up—out the window. The young man was waving his arms, pointing his middle fingers and screaming obscenities. 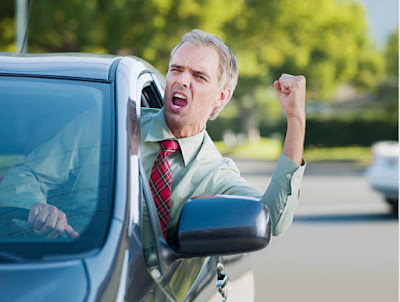 I knew better than to make direct eye contact. One glare could further provoke the situation. But I had to know, “Did he have a gun?” A quick glance said “no.” Another quick glance in my rearview mirror told me that no one was behind me, so I tapped on the brake.
With the horn still blaring, the Charger charged on. As the taillights of the mid-afternoon nightmare disappeared over the hill, I wondered, “What if the fellow riding shotgun had had a gun? And what if I had had a gun?”
Every morning starts the same. Before breakfast, if the internet cooperates, I read a list of newspapers. All too often there are road-rage stories about Wild West shootouts. Atlanta is experiencing some scary stuff with senseless roadway gunfire and killings. I wasn’t in Atlanta, but I believe luck kept me from being one of those grim statistics.
Too many people are angry. Some experts blame it on the pandemic and pent-up frustrations. Others credit civil unrest. And then there’s the growing culture of violence fertilized by what we see on TV, in the movies and in video games. We are becoming desensitized to the dangers of violence.
I don’t have any solutions, but I have reflected on my could-have-been-much-worse incident. I found some tips from the National Highway Traffic Safety Administration (NHTSA). I’ll paraphrase the advice, should you encounter an aggressive driver:
Sadly, these days, you don’t have to go looking for road rage. It will find you, just as it found me. And on that day, I hadn’t read the NHTSA’s advice.
Instead, I followed a friend’s wise counsel that covers more than road rage. He encourages, “If you ever find yourself in an argument with a fool, be careful or soon there’ll be two fools in the argument.”