Looking back, I stepped into a hole somewhere, and I’ve been trying to climb out ever since.  To say my 1970’s spat with Rheta Grimsley Johnson was minor is like calling the Mississippi River a big ol’ drainage ditch.  She and her brand-new husband, Jimmy, were same as me—eager 20-somethings, trying to stay one step ahead of the bill collectors, while getting out the next edition of our weekly newspapers.
On a trip to Georgia’s coast, Rheta and Jimmy fell in love, again.  They wrapped their arms and dreams around St. Simons Island.  All the way back to Auburn, Alabama, they rehearsed their pitch to their boss, Millard Grimes, publisher of the Opelika-Auburn News.  St. Simons deserved its own newspaper, and they could do it.  They just needed a backer.  In 1990, when Millard and I became next-door neighbors, he confessed, “I really should have helped them more.” 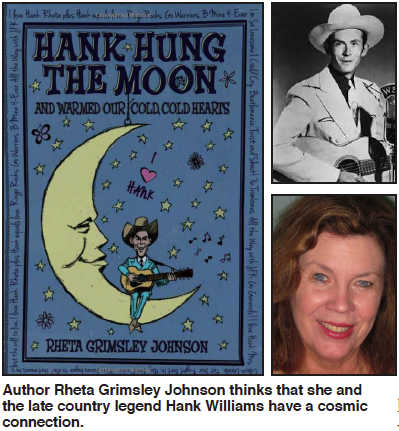 When the Johnsons walked into the Wayne County Press, they were looking for a printer for their upstart paper.   We had a fresh-from-Joplin-Missouri, King web press that was as hungry for business as a cur dog scrounging for scraps around a Dumpster.  Jimmy and Rheta didn’t know that our financial ribs were poking out, just like those of that dropped-off-on-a-dirt-road dog.
From the start, the St. Simons Island Sun was stunning. The Johnsons were on fire.  Rheta’s writings sizzled, and Jimmy’s creative flare with illustrations and cartoons was the best I had ever seen in my greenhorn career.  So what went wrong?
All the details aren’t worth rehashing.  But they made me mad, switching their printing to our fierce rival, the Jesup Sentinel.  Like an immature ninny, I wrote our ex-customers a snarky letter.  I should have stuck it in a desk drawer rather than the mail box.
In time, the Sun slipped below the horizon.  Years later, the Johnsons went their separate ways.  I lost track of Rheta and Jimmy, until—wham!  Rheta became a nationally-syndicated columnist, and she still had a copy of that letter.  She took me to the woodshed.  Yeah, it made me mad, again, but then I realized that I deserved the public ridicule.  An overdue apology was sent, and I’m a Rheta Grimsley Johnson fan.


Just last week, I devoured her latest book, Hank Hung the Moon and Warmed Our Cold, Cold Hearts, published by New South Books. Her prologue’s opening paragraph hooked me: “Talk about your near-misses.  Hank Williams died on one end of January 1953—New Year’s Day—and I was born on the other, January 30.  I can claim cosmic connection.”
In the first chapter, Rheta writes about her family’s roots: “This was Miller County, Georgia’s southwestern edge near the Florida border, the semi-tropical, peanut-farming, mayhaw-jelling part of the state.  It was bosky country, full of rattlesnakes and foot-washing Baptists.  The Grimsleys lived near the county seat, Colquitt.”
My mother’s people were foot-washing Baptists next door in Baker County.  I have briar scars on my legs, just as Rheta probably does, from picking blackberries and mayhaws.  We know about outhouses, too.  Her grandmother spit snuff in a Maxwell House Coffee can.  Mine streamed hers into a Kleenex cloud in a Maxwell House jar.
My Uncle Billy Vines, a few years before Rheta was born, earned the nickname “Bull,” as a fullback on Miller County High’s football team.  He almost went to Auburn, Jimmy and Rheta’s alma mater, but stayed home to help save the family farm.  So, you see, Rheta and I do have some connections—cosmic or otherwise.
Another link is our admiration of what Hank Williams did musically in just 29 years. Rheta tells Hank’s story as well as it has ever been told.  In two or three after-supper reads, you can rip through the 190 pages. And when you’re done—just like when the last mayhaw-jellied biscuit is gone—you’ll be wishing there were more.
I’ve crowed that Rick Bragg is today’s best Southern writer.  After reading Hank Hung the Moon, I quipped that Rheta is Rick in a skirt.  Uh-oh, I stepped in another hole.  Maybe Rick is Rheta in a professor’s tweed sport coat?