Even on the farm, ‘Dying is a part of living’

Standing under the canopy of an antique water oak, I could hear the squeals and laughter.  The 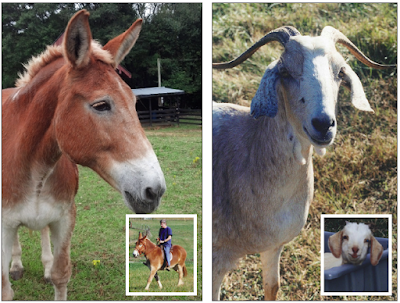 thermometer’s mercury was flirting with 90, and the lake was beckoning fun-seekers to play in the still- going-to-give-you-goose-bumps water.  Looking up, I spied a kid bouncing on an inner tube, and I heard the throaty roar of the inboard engine, as the boat’s throttle was shoved forward.

I made a mental note: “It’s time to spring-clean our boat.”  But at that moment, I was preoccupied in the shade, staring at two mounds of red clay that were circled by a lush carpet of fescue.  Beneath those humps were two recently deceased farm favorites—Rose and LG.  My friend Dr. Lanier Harrell reminds me, “Dying is a part of living.”  Yes, even on the farm.
There was a time when neighbor Pete Craft said, “You have about 100 animals with names, expecting to be fed—every day.”  A rattling feed bucket brings them running. There’s a bountiful spread of grass, but I enjoy feeding the critters as much as they like to eat.  Some are more enthusiastic than others.  That’s why I was leaning against the big oak, reminiscing about the loss of a big mule and an old goat.
Rose was the first to die.  That love-to-have-her-rump-scratched draft mule was often the first to meet me at the wooden gate.  When I bought Rose and her teammate, Ruby, from Randy Leggett, he said, “She’ll put her head on your shoulder when you groom her mane.”  Randy was right.  Rose was a sweetheart.  I believe she would have plopped all 1,200 pounds into my lap, if I had invited her to sit.
By the time Rose turned 27, her hips and knees were spent.  She’d get down and couldn’t get back up.  Time after time, I called the veterinarian.  I would kneel by Rose and whisper into her ear, “Come on, girl, we’ve got to get you up.”  Dr. Alice Beretta and friends would help in the struggle.  Finally, the day came.  The petite vet advised, “It’s time.”
I couldn’t watch.  I chose to focus on Rose’s velvety, volley-ball-sized lips plucking an apple from my palm.  I remembered the dozens of wary visitors who had to be convinced Rose was after an outstretched apple and not his or her fingers.


The other grave—overlooking Lake Hartwell—holds Little Goat (LG).  He didn’t know he was a goat.  And I thought he was dead 17 years ago, when I found him limp in the wet grass.  His mother, April, had birthed twins during the cool night.  She must have sensed this runt might not live, and she turned her attention to his twin.
When I scooped up LG, I could feel a faint bump-bump in his frail chest.  Rushing to the house, Pam and I turned the laundry room into an emergency room, using instinct rather than medical knowledge.  We wrapped LG in a towel and placed him on a heating pad.  I scurried to get my first goat-milking lesson.  With an eyedropper, we nourished the newborn.
Miracles happen.  LG found the strength to stand and pull on a bottle’s nipple.  We thought: “Time to go back to mama.”  Instead, the nanny lifted him with her nose and pushed LG away.  Little Goat spent his first months in a cardboard box. Pam put Pampers on LG, tied a bow around his neck and took him to school for kids to give him love that he didn’t get in the herd.
Until LG last lay down in a bed of clover, he enjoyed being the self-appointed crown prince of the pasture.  Make your jokes about hardheaded mules and tin-can-eating goats if you must.  It’ll be easy to overlook your playful sarcasm.