Can you smell money swirling about landfill plan?

If your nose is wrinkling over the landfill controversy in the south end of our county, keep sniffing.  You’ll smell more than the mounds of big-city garbage and coal ash that could be headed our way, trainload after trainload.  What you are whiffing is the influence of money at work.
Unless the U.S. Army Corps of Engineers halts Republic Services’ application to transform one of our wetlands into a massive railyard, our people and our environment are about to get railroaded into a gamble that isn’t worth any amount of money.
Yeah, yeah, yeah.
I know. There are state and federal regulations that are designed to protect us.  Up in Michigan, ask the people of Flint how much good those laws did in keeping their drinking water safe. 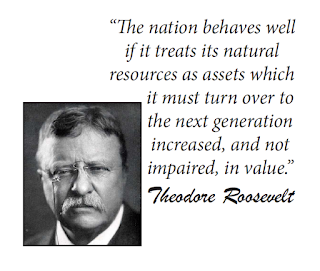 “But that’s different,” you argue.  Not really.  Contaminated water is contaminated water.  The Broadhurst Environmental Landfill—operated by Republic Services—sits atop two of the best underground water sources anywhere: the Florida and Ocala aquifers.  Those enormous underground streams are out of sight, but they should never be out of mind.
What’s very much in sight of the landfill are the headwaters of the Penholloway Creek.  That black-water stream crosses under U.S. 301 South and weaves its way through the wilderness to the Altamaha River that drains into the Atlantic Ocean.  The Titanic was “unsinkable,” but it sank.  One puncture or breach in the government-approved, not-supposed-to-leak pits in Broadhurst, and neither apologies nor fines will make the contamination go away.
So how did we happen to get a private regional landfill in Wayne County?  Your nose will lead you to the answer.  It’s the smell of money—lots of it—that seduced our commissioners in 1992 to strike a deal with Addington Environmental.  Rather than having to hassle with our garbage, an outside waste management company got a contract to handle it for us.  What seemed to be a windfall for Wayne also opened the door for outside garbage to be dumped here—for a fee.
Have you driven past our Mount Trashmore on the Broadhurst-to-Screven road?  If the Corps approves the railyard application, we could have a mountain range of trash in the piney flat woods.  We will likely become the city dump for the likes of New York, Boston and Philadelphia. And that’s not to speak of the trainloads of coal ash coming from such places as North Carolina that woke up and prohibited coal ash from being deposited in their open containment ponds.  Georgia needs to get busy on similar legislation.


In the meantime, Republic—under the name of Central Virginia Properties, LLC—almost sneaked past the community with its Corps of Engineers application.  Instead, a pesky reporter from The Press-Sentinel started asking questions.  Last week, Republic met—behind closed doors—with three of our commissioners, hoping to seduce them to get on board with their landfill expansion plans.
I am pleased Chairman Kevin Copeland and Vice Chairman Ralph Hickox have been vehement in their opposition.  I am anxious to see how commissioners Boot Thomas, Shag Wright and Mike Roberts stand on this.   Republic figures the promise of trainloads of money into public coffers will make Wayne County accept the risks—now and forever.
Here’s what I said to one commissioner:  “If you and I wanted to just make money, and we were willing to gamble with our freedom and reputations, we could peddle pornography or traffic dope.  Until we got caught, we’d be getting filthy rich.  But no, thanks!  I feel the same way about taking environmental risks that will affect generation after generation.”
No, sir!
You could stack money as tall as that trash mountain at Broadhurst Environmental Landfill, and the deal would still stink.  And I hope that’s what your nose tells you, too.