One dropped and then the other. First the sun slinked behind the tall pines, rust-colored sweet gums and here-and-there bright yellow hickories. Then as if synchronized—on cue—rain fell from the sky. Staring at the wet sheen on the ribbon of asphalt in my headlights, I sighed, “This is going to be a long ride home.”
But the monotony was short-lived.
I reached over and touched the button on my truck’s dash. An “old friend” joined me for the otherwise-lonesome journey. And as if he was riding shotgun, with a jukebox stacked with tunes from the 1950s, one dusty 45 record after another dropped onto the imaginary turntable. I wasn’t on U.S. 1 North any longer. I was rolling down Memory Lane. 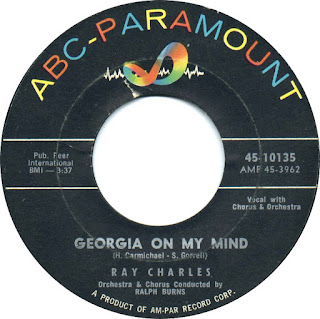 As Elvis sang “Love Me Tender,” I remembered the furor The King caused on national TV. Viewers were banned from seeing his gyrating hips. Ed Sullivan would faint watching TV today.
Rock-and-roll pioneer Chuck Berry belted out “Memphis,” as I imagined him doing his trademark duck walk across the stage. The pace slowed when The Lettermen crooned “The Way You Look Tonight.” I could see clumsy, brand-new teenagers coming out of their chairs to dance to a “slow one.” And for the gray-haired set, do you remember the first time you held someone close and two-stepped to “Chances Are,” courtesy of Johnny Mathis?
When Patsy Cline’s “Crazy” made the playlist, I thought about how crazy it was she had to die so young in a plane crash. And then it got crazier when the next string of artists aired on SiriusXM’s Fifties on Five. Ricky Nelson, the heartthrob of the Ozzie and Harriett Show, turned into a rock-and-roller, only to see his plane burst into flames, too. Can you recall the points on the globe named in his “Traveling Man?”
And then I listened to some of the biggest stars of the ’50s. Each died in a devastating 1959 plane crash in Clear Lake, Iowa. But their tunes live on 60 years later:


J.P. Richardson and pilot Roger Peterson were on the plane, too. Future country icon Waylon Jennings gave up his seat, or we would have also read his obituary.
In 1971 Don McLean memorialized the tragedy, in his “American Pie,” calling it “The Day the Music Died.” Later, we’d mourn the loss of Otis Redding and the Lynyrd Skynyrd band in plane crashes.
Yes, crazy and sad.
And then Jerry Lee Lewis boomed from my dash. He is crazy good on all 88 keys of his grand piano. As if in tribute to The Big Bopper, he lit into “Chantilly Lace.” Not long after, he banged out “Great Balls Of Fire.” I’ll never forget that night in Tunica, watching “The Killer” light up the audience with his showmanship. And as I followed my headlights through Emanuel County, I smiled thinking about that bucket-list night in the Mississippi Delta.
With my right foot on the accelerator, my left foot tapped to “Little Darlin” by the Diamonds. As Lewis Grizzard would have proclaimed, “If the Lord made any better than that, He kept it for himself.” Add to that list “Come And Go With Me” by the Dell Vikings. Makes you want to get your Weejuns on the dancefloor.
But as if the digital DJ was taking requests, Ray Charles—my all-time favorite—filled the F-150’s cab. I rolled to a stop, capping the not-so-lonely-after-all ride with “Georgia On My Mind.”
Thanks, “old friend.”