A routine orthodontist appointment turned sideways with one question: “Anything unusual?”

“Well, Doc,” I said, “there is some sensitivity on the outside of my lower right gum.”

“Hmmm,” he said, “let me see.” One look and he said, “You need to see your regular dentist. I think you are going to need a root canal.”

I had heard the horror stories, but now I was about to find out for myself. I headed straight to my dentist. He confirmed the suspicion and made an endodontist appointment.

Friends flinched and wrinkled their noses when I told them of what was coming the next day. One friend said, “Root canals are right up there with IRS audits. I don’t ever want another of either.” “Hey,” I countered, “I’ve endured kidney stones three times. It can’t be that bad.” 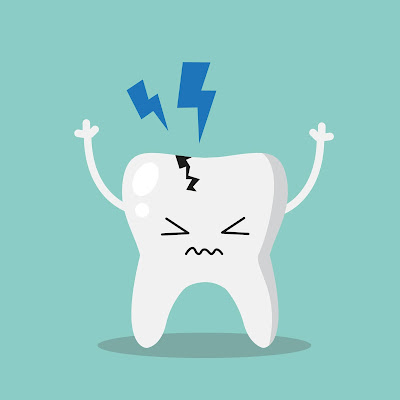 And it wasn’t. That is, if you don’t mind the shots to numb your jaw or the whirling sound of the drill or the doctor’s hands in your mouth for 45 minutes. I was giving myself an “atta boy” until the endodontist made his pronouncement.

“This, Mr. NeSmith, will not solve your problem,” the doctor said. “Unfortunately, your tooth is cracked.” You will need to see an oral surgeon and have the tooth extracted. Are you in any pain?”

A tooth-pulling appointment was made for the next week.

And off we go to Jekyll Island for the annual Georgia Press Association convention. Everything was going fine until dinner at the Wharf on the Jekyll Island Club Hotel’s waterfront.

The first Georgia wild shrimp was delightful. The second shrimp sent a lightning bolt through my jaw. Alan saw my distorted face and jumped into action by disappearing. He had heard mountain folks talk about home remedies for toothaches.

Returning with some clear liquid in a plastic cup, he said, “The bar didn’t have any moonshine or grain alcohol, but this should do.” Following his instructions, I soaked a piece of gauze in the liquor and clamped it between my back teeth. The taste reminded me of the smell of kerosene.

I didn’t have to wait long.

And then came bedtime. The lightning bolts were back with every beat of my heart. Despite Advil and dabs of “moonshine,” I didn’t sleep much.

Before breakfast, Alan was knocking on the hotel door.

I didn’t have to explain what was going on.

The president of the Georgia Press Association pulled out his cell phone and started dialing his friend in Jesup. He woke up Dr. Hugh Armstrong. Alan and the dentist have been buddies since their boyhood days. Dr. Armstrong said, “Give me a few minutes.”

Hugh phoned his friend, an oral surgeon on St. Simons.

We were out the door. Pam was chauffeuring me across the Sidney Lanier Bridge and up the F.J. Torras Causeway for tooth number 31 to be yanked.

The last thing I remember was the surgeon’s assistant saying something about gas as she placed a mask over my nose. And then I was awake. One less tooth, and pain-free.

I have long since forgotten the horror stories told to me before my root canal. But I will never forget the irreplaceable value of friends. Dr. Hugh Armstrong, you proved again: “It’s not what you know but who you know.”